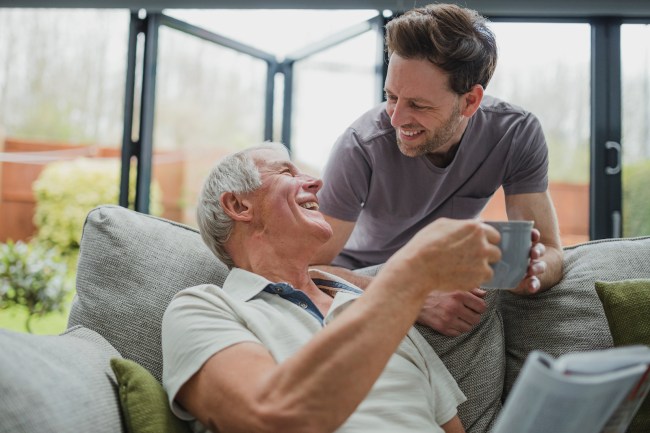 Although men spend the better part of their early twenties in living conditions that closely resemble that of a common squatter – using old milk crates for coffee tables and even sleeping on mattresses on the floor – we have a tendency to mature a little bit the closer we get to thirty and, in turn, try to better ourselves and the places we call home.

This is when we do our best to bid farewell to days of waking up hungover in a sea of empty beer cans with dick cartoons drawn all over our faces in exchange for a life where we can at least give off the illusion of having a smidgen of self-respect.

Sooner or later, however, getting an apartment of our own becomes a priority and so does filling it with furniture that isn’t branded with the Prairie Farms logo.

Having a bachelor pad is often a young man’s first taste of true adulthood, so much, in fact, that he may even start ditching the bar scene from time to time in order to keep his place, which is almost always affectionally referred to as the Poon Palace, as clean and organized as possible. It is, after all, where he is going to do the bulk of his entertaining.

But then it happens — he meets her – the girl who stops his heart and makes his pecker throb in a way that he hasn’t felt since that one night when he fucked up and pissed on an electric fence. What’s there to say about this poor bastard, it must be love.

It isn’t long, though, before the girl moves in to what was supposed to be his man cave – because while he might be tidy and more responsible these days, he’s still a raging dumbass – and he soon learns that while that new live-in-lover is just as nasty in the boudoir as she is smoking hot, she isn’t worth a good goddamn as a roommate.

Sadly, many a Bro over the decades has been faced with this unsavory situation, failing to take into account that sometimes even chicks, even the good-looking ones who really know their way around a man’s prostate, are slobs.

This is the reason that many Americans today say they would prefer to date someone who takes a little pride in keeping their living space nice and neat than one that brings the promise of that slap and tickle.

Yep, as crazy as it sounds, a new study from Decluttr shows that a large chunk of the population in this day and age prefers a clean house over sex.

What’s more is a shit ton of these people confessed that they would rather go back to the days of living with their parents before shacking up with some who leaves dirty dishes in the sink and pubes on the bathroom floor.

Seriously, around 56 percent of the respondents said they would return to mom and dad’s basement, putting up with their constant bickering and bullshit, before coexisting with a messy person.

But the couple that cleans comes together, the survey finds.

It seems if a man and women can find a way to carve out some quality time to clean the house together as opposed to putting all of the household stress on one of them in particular, their chances of knocking boots before it is all said and done increases exponentially.

More than 60 percent of the respondents said that tag-teaming domestic duties creates a situation where sex is more likely to occur. Yeah, apparently there is just something about getting down on one’s hand and knees and scrubbing the shit ring out of the toilet that gets couples juiced up and ready for action.

Hey, considering that we now live in a world where people get their kicks on everything from amputees to dirty feet, we suppose getting turned on by a little housework isn’t that bizarre.

Overall, the study shows that nearly half of the American population finds that keeping up with all of the chores necessary to maintain a comfortable home is more stressful than their jobs.

So, not only are most people going to work and becoming frayed human specimens of anxiety and blinding rage, capable of unleashing some rather awful shit into the world, this frazzled mental state is being compounded by disarray at home.

Toss in the fact that they aren’t getting any, what with all the tension over being roomies with someone who can’t seem to find a less disgusting way to dispose of those feminine hygiene products, and the whole of civil society is basically walking around half-cocked and ready to erupt.

How many relationships could be save with a little cleanliness?

All we can say is if this study strikes a chord with you and yours – maybe it wouldn’t be a bad idea to do yourself and all of humanity a favor and just hire a maid service. Not only would you be providing jobs for people who need them, but you might even avoid a sexless abyss flooded with clutter and misery.

Life is too short for that noise.

Come on people, let’s make love not a mess.