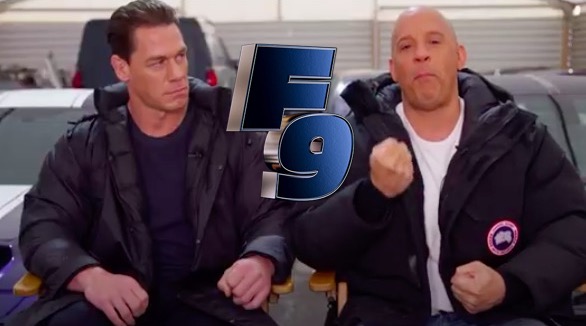 To celebrate the release of F9: The Fast Saga (Director’s Cut), the good folks over at Universal Pictures have given BroBible an exclusive behind-the-scenes look at the making of the bone-crunching rivalry between Vin Diesel’s Dom Toretto and his estranged younger brother, John Cena’s Jakob Toretto, including never-before-seen clips of their fight sequences, fight rehearsals and commentary from the pair.

In addition to Diesel and Cena, F9 also stars Michelle Rodriguez, Tyrese Gibson, Chris “Ludacris” Bridges, Nathalie Emmanuel, Jordana Brewster, Sung Kang, Michael Rooker, Helen Mirren, Kurt Russell, and Charlize Theron. The film is the tenth installment in the franchise (including Hobbs & Shaw), which is set to come to a close following the release of the tenth entry, which will be split into two parts and released in 2023 and 2024.