Benedict Cumberbatch To Star In A Movie About Magicians Fighting Nazis 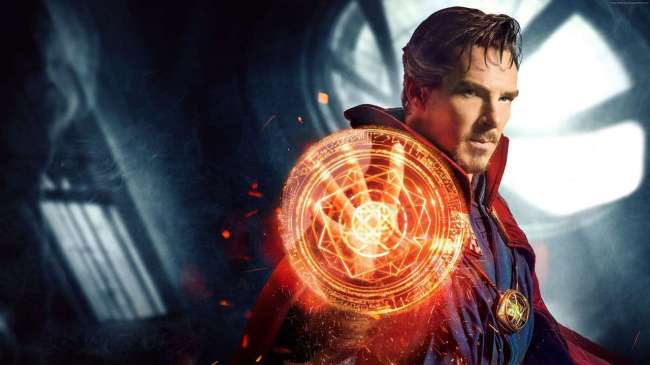 I miss the art of the elevator pitch, particularly when it comes to the entertainment industry. Now that we’re firmly in the age of sequels, reboots, and spin-offs, the elevator pitch has become something of the past.

When I was in college and I took a screenwriting class, I remember our professor telling us that the best way to elevator pitch a film is by describing it as a combination of two well-known projects. For example, just last week, it was reported that John Wick director Chad Stahelski would helm a movie described as Die Hard meets Indiana Jones. Now THAT’S an elevator pitch. How does someone hear that combination of those two movies and not want to see it?

Similarly, Benedict Cumberbatch as a Nazi-fighting magician is also a masterclass in the art of the elevator pitch — who wouldn’t want to see that?

Fresh from wrapping Jurassic World: Dominion, Colin Trevorrow is set to direct War Magician, a Studiocanal WWII drama that will star Benedict Cumberbatch. E. Nicholas Mariani is writing the script, based on the book by David Fisher.

Pic is based on the wild story of Jasper Maskelyne, a British illusionist who used magic to defeat Erwin Rommel in World War II. Trevorrow’s take features an international “magic gang” from Africa, Europe and the Middle East who conspired with Maskelyne and a female military intelligence officer to defeat the Nazis. [via Deadline]

Perhaps dopest of all is that this story is actually based on a very real person. Jasper Maskelyne, born in September 1902, worked for the British military during World War II, claiming that he “created large-scale ruses, deception, and camouflage in an effort to defeat the Nazis.” So, yeah, it goes without saying — sign us up for all of this. Also, is Benedict Cumberbatch actually just a wizard in real life? It’s certainly on the table.