The Internet Has Chosen Their Favorite Movie Hero Of All-Time 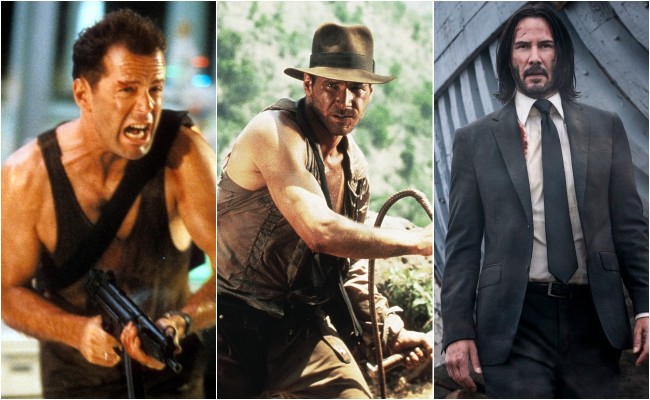 The art of the action hero has become something of a lost art. With the superhero genre dominating the last decade, most A-listers are opting for a cape-wearing hero rather than a gun-toting renegade.

That’s not to say that the action hero genre is completely dead, though, as we’ve seen the massive success of the John Wick franchise, among others, in recent years. Just in these last few months, a new action franchise was born before our eyes, as the Chris Hemsworth-starring Extraction became Netflix’s biggest ever movie premiere (the film was viewed by a “projected” 90 million households have tuned into the film in its first month of streaming) with a follow-up already being put in the works.

That said, though, both John Wick and Tyler Rake have quite aways to go until their considered one of the top 50 movie heroes of all-time, which is exactly what Empire Magazine aimed to figure out in their latest issue.

In our recent poll, Indiana Jones came out on top as the ultimate cinematic hero – one drawn from the traditions of the serials that George Lucas and Steven Spielberg grew up on, and pitched headfirst into a string of rollocking blockbusters filled with daring escapes, an unerring sense of good and evil, and a true love of archaeology.

Celebrated in the new Heroes Issue of Empire, on sale Thursday 11 June, we look back at all the things that make Indy the all-time greatest – his charisma, his costume, his intelligence and bravery, and the flaws that make him believably human.

If you now find yourself in an Indiana Jones mood, all four of the films in the franchise are currently streaming on Netflix.