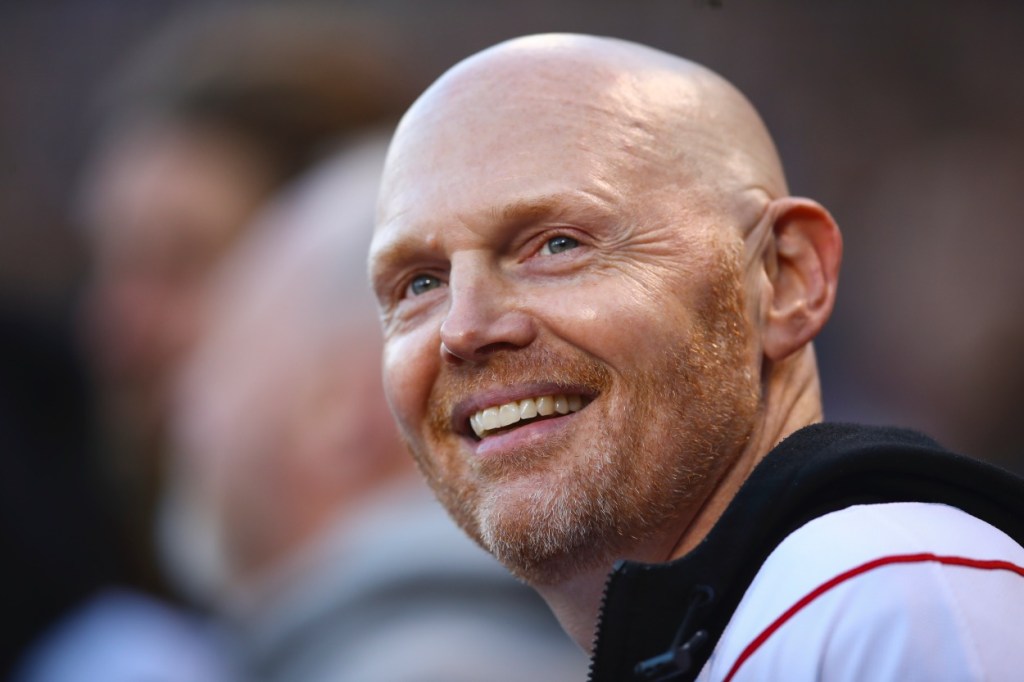 You never know what you’re going to hear on the Wild Ride! podcast with Steve-O. In a recent episode we heard from MMA legend Chuck Liddell about how he fought a large group of Navy SEALs and in the same episode as the clip below, Bill Burr discussed when he will and won’t apologize for jokes.

This conversation starts off with Steve-O, Bill Burr, and Scott Randolph discussing the Johnny Depp-Amber Heard trial. There was a time when everyone on Twitter was alleging Amber did cocaine in the courtroom and these guys aren’t at all convinced.

Then they dive into stories about the past including when and where Steve-O discovered he had a hole in his nose (deviated septum) from doing too much cocaine.

Scott Randolph: Did you see that clip going around of Amber Heard snorting coke on the witness stand?

Steve-O: I mean… I get my news from TMZ and they said that was absolute bulls–t.

Scott Randolph: Did you see it though?

Bill Burr: I have not been watching that (the trial).

Steve-O: She definitely did not do cocaine on the stand.

Bill Burr: Although, and I’m not talking out of school because the guy put it in his book, but if you want to see a guy doing cocaine on TV during a Super Bowl? Thomas ‘Hollywood’ Henderson of the Dallas Cowboys.

Hollywood Henderson was a linebacker. He returned, like, a kickoff to open up Super Bowl 10. Nobody did that s–t. And he almost got a touchdown. And he was doing coke in the 70s before people knew how to do coke so it was just raw. He was like cutting it up with a matchbook or something.

And his nose was so f–ked. He had a hole.

Bill Burr: So what he would do before a game is he would pack his nose with cocaine so it was numbe and then he would go out and play and then during halftime, he’d be blowing his nose. Tom Landry, the straightest laced guy ever with a fedora, looked like he was on Dragnet, would be telling him what to do at the half and he would be in there blowing his nose and re-packing it with cocaine.

So, anyway, the second time the Cowboys played the Steelers in Super Bowl 13 he had cocaine in water. And remember those Vicks things when you had a cold? There’s footage of him (snorting) ‘going like that’ and people think he had like Hay Fever or something and he’s actually f–king blowing lines in the Rose Bowl during the Super Bowl.

Paul Brisske: You ever just pack your hole with cocaine back in the say, Steve-O?

Steve-O: No, I discovered that I had the hole. It’s called a deviated septum. And I discovered it when I was in the psych ward like days after my intervention. And I, fortunately, have been clean and sober ever since.

Scott Randolph: How’d you discover that?

Bill Burr: I just thought he went to an ears, nose, and throat doctor and they flashed a light up this nostril and it came out the other side. And they go ‘Steve, do you do cocaine?’

It’s crazy, but I forget how but once I discovered it I managed to thread my nose with a shoelace. (Johnny) Knoxville came to visit me in rehab.

Bill Burr: You know, the glass is always half full. This is really sad, or an opportunity.

Scott Randolph: That’s gotta be a lot of cocaine use to burn a hole through your noise, right?

Steve-O: Yeah, I didn’t f–k around. Man, I was pretty strong in the drugs department…

What’s wild is Steve-O and Bill Burr have actually had this EXACT conversation before, years ago, and Joe Rogan was there. I’d be curious if either of them remembered that they’d talked about this back in the day. Here’s that old clip:

To read more about the infamous Thomas ‘Hollywood’ Henderson’s cocaine use in the Super Bowl you can check out this ANCIENT article on ESPN. Here’s an excerpt on the cocaine at the Super Bowl story:

On the day of the Super Bowl, he emptied a bottle of nasal spray, filled it with a vicious mixture of cocaine and water, and slipped it into the pocket of his uniform pants. Just in case, he thought. He indulged before the game, then again in the third quarter; he forced a Bradshaw fumble that led to a touchdown that night and generally backed up his chatter. Yet the Cowboys lost the game, 35-31, and Hollywood went to the Pro Bowl and drowned his sorrows the only way he knew how, at that point — in an ocean of illicit substances and questionable liaisons with women he had never met before.

If you wanted to check out the entire interview with Bill Burr, here’s that video:

I think it goes without saying but I’ll say it anyway, the world is a better place because Steve-O got sober. He’s been bringing my generation entertainment for decades and hopefully for many more decades to come.