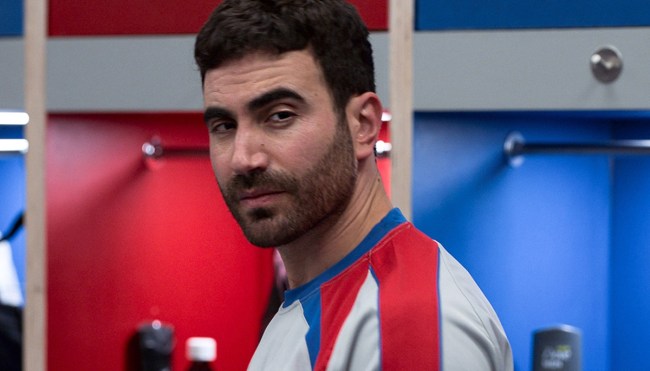 “Realistic” is one of the last words I would use to describe the movies that comprise the Marvel Cinematic Universe; when you’re talking about projects that revolve around one or more superheroes attempting to save humanity or the universe as we know it from some sort of supernatural or intergalactic threat, you can typically check logic at the door.

With that said, superhero movies still subscribe to some sort of internal reasoning and include plenty of details designed to make unimaginable scenarios seem at least somewhat believable—which typically requires the actors playing the people tasked with saving the day to get absolutely jacked.

That reality means Chris Hemsworth has spent a good chunk of the past decade routinely hitting the gym to bulk up for the various films where he’s played Thor since first stepping into the role in 2011. The actor did get a brief reprieve when Fat Thor made an appearance in Avengers: Endgame, which was likely a nice change of pace from a diet and exercise routine defined by HIIT workouts and a fair amount of intermittent fasting.

Hemsworth literally returned to form when he stepped back into the boots of the Norse god for Thor: Love and Thunder, but he wasn’t the only person to appear in the movie who went to great lengths to get in shape.

Brett Goldstein—the British actor best known for portraying Roy Kent in Ted Lasso—may not have had as much screen time as his Australian co-star, but he made a brief appearance in a mid-credits scene that marked his MCU debut and set him up to return as Hercules (a cameo his mom almost missed because she was too busy obsessing over Russell Crowe).

Goldstein recently talked about what led up to that appearance during an interview with The Playlist where he revealed he only had a couple of weeks to prepare for the role after Taika Waititi surprised him with the offer to portray the son of Zeus.

This which led to the actor scrambling to do what he could to get convincingly buff prior to stepping onto the set:

“I said, ‘You know I’m basically like a skinny comedian?’ I said, ‘When is this filming?’ It was like in two weeks, and I was like, ‘I mean, I’ll do my best, but two weeks feels …’

At least he’ll have a bit more time to prepare when he (presumably) reprises the role.