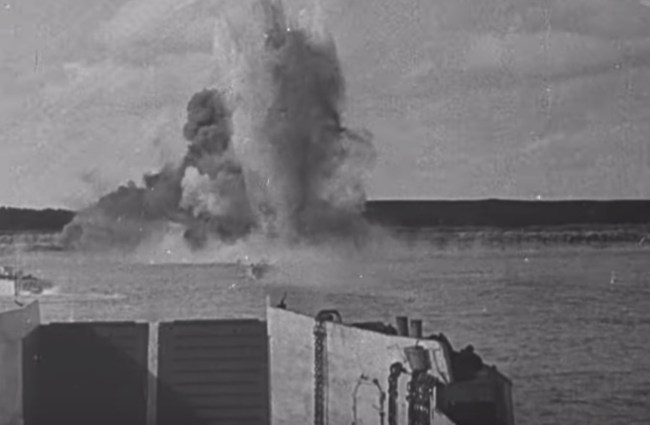 This week (June 6th) marks the 75th anniversary of the Allied Invasion of Normandy, codenamed Operation Neptune but it’s best known as D-Day.

Allied troops began landing on the beaches of Normandy shortly after midnight. When it was all said and done, over 10,000 Allied soldiers lost their lives with 4,414 confirmed dead. The death toll for German soldiers is estimated at somewhere between 4,000 and 9,000.There are countless memorial ceremonies and tributes planned this week in honor of D-Day’s 75th Anniversary and I thought I’d share this incredible clip with you gentlemen this morning.

In this clip from AARP, Breaking Bad actor Bryan Cranston reads a letter one of the soldiers from Normandy Beach wrote to his wife back home about the unimaginable terrors unfolding before his eyes. The letter was written by 32-year-old Pfc. Dominick “Dom” Bart who was a part of Operation Overlord. Bryan reads this letter to Dom’s wife Mildred over remastered 4K footage from the Normandy Beach landing which is pretty surreal and graphic at times so be prepared to see some wartime footage.

The 75th anniversary of the D-Day Allied Invasion of Normandy will include an array of world leaders meeting on the South Coast of England. President Trump and Britain’s Theresa May will be there to pay tribute to the tens of thousands of soldiers who lost their lives fighting Nazis that day.

The AARP actually puts out some of the most captivating wartime footage you can find anywhere on YouTube. If you’d like to see more clips like this, I’d suggest checking out this Colonel from the Vietnam War recounting the deadly battle he’ll never forget or the story of this soldier who left Oxford University to fight in the Vietnam War where he’d be awarded 16 medals.

For more on the ceremonies being held in honor of the 75th Anniversary of D-Day you can click here to visit Fox News.