Burger King Char-Broils Kanye West, Goes Viral, After He Tweets About His Love For McDonald’s 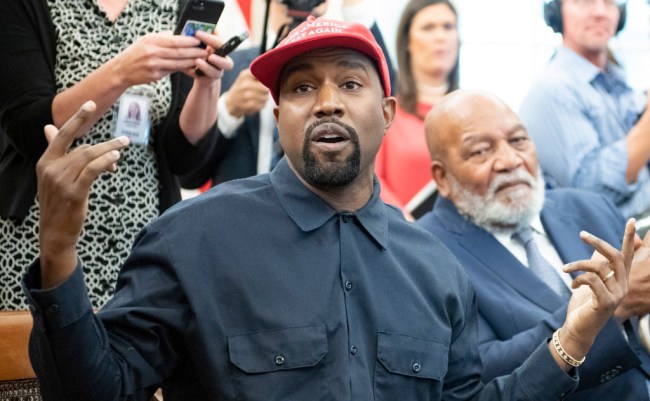 Two of the most savage corporate Twitter accounts out there also just happen to both be fast food resturant Twitter accounts: Burger King and Wendy’s. If you don’t follow both of them then you’re simply doing Twitter wrong.

Heck, Wendy’s once roasted a Nebraska football fan so hard on Twitter that she deleted her account. They’ve also been known to go hard at other fast food franchises like McDonald’s and the aforementioned Burger King.

And while Wendy’s came out of top in that head-to-head social media battle, Burger King is no slouch when it comes to trolling as they too have taken a turn roasting McDonald’s on Twitter in the past.

On Sunday, for no apparent reason other than it’s what he does, Kanye tweeted out, “McDonald’s is my favorite restaurant.”

McDonald’s is my favorite restaurant

This we already knew thanks to that amazing poem he wrote in 2016 about the Golden Arches.

Sensing a “golden” opportunity, Burger King, both in the United States as well as in the United Kingdom, dropped a couple of responses that have since gone viral because they’re pretty much perfect.

That, one would assume was a reference to this Kanye tweet.

My eyes are now wide open and now realize I’ve been used to spread messages I don’t believe in. I am distancing myself from politics and completely focusing on being creative !!!

The UK’s BK was a little less subtle.

Needless to say, folks on Twitter were eating it up. (Pun 100% intended.)

Live footage of Burger King after this tweet: pic.twitter.com/ncwkf7mBMO

My god BK, just finish the kill already. Put it out of misery.

If we knew this was going to blow up we would have made a soundcloud..

Of course, Wendy’s wasn’t completely silent on the matter.