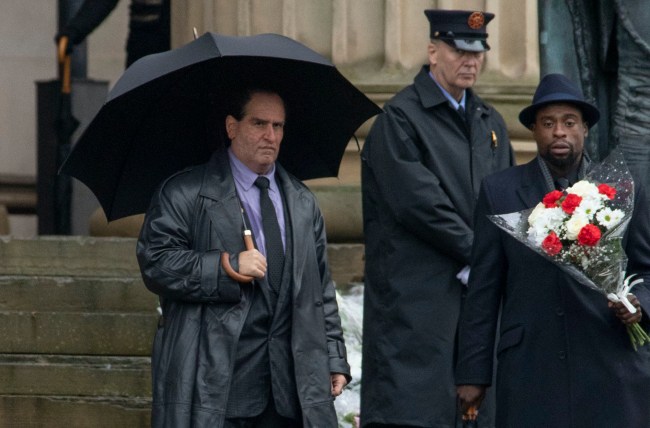 Because we’re not allowed to have nice things anymore, it was announced last week (or it could have been the week before, who knows, time is a flat circle at this point) that The Batman — which was already delayed from June 2021 to October 2021 — was being pushed back to March 4, 2022. While I tried to put on a brave face and glass-half-full that scenario by reasoning it releases one day before my birthday, my main reaction was, well, this:

The reason I’m so bummed about the delay of The Batman is actually the studio’s fault, as it was their idea to roll out that truly incredible trailer back in August despite the fact that only 25%-30% of the film had actually completed filming. While I’d already placed the utmost trust in director Matt Reeves’ and Robert Pattinson’s talents, the DC FanDome trailer proved that The Batman is headed in all the directions I want it to: yes, it’s got the “grounded and gritty” realism that makes the character so appealing, but it also appears to be leaning into Batman’s superhero-ness, as evidenced by his merciless hand-to-hand combat skills.

With The Batman only being about a quarter finished, there’s still plenty of filming to do now that production has resumed in Liverpool. And because production on The Batman has resumed, that means it’s time to, once again, marvel at how absolutely and thoroughly mind-blowing Colin Farrell’s Penguin makeup is. Yes, that chubby fellow with the turkey neck and black umbrella is COLIN FARRELL! If you weren’t already sold on Matt Reeves’ vision, allow burying the almost offensively handsome Colin Farrell under 10-pounds of

RELATED: Someone Made A ‘The Batman’-Style Trailer For ‘The Dark Knight’ And Of Course It’s Glorious