College Grad With $30,000 In Student Loan Debt Says The Best Decision He’s Ever Made Was Moving To China 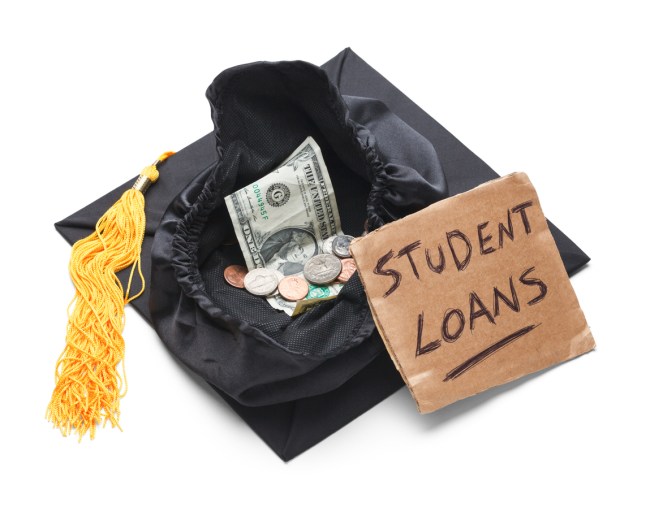 The student loan debt average has ballooned up to $28,288 per student in the United States. Most students go about paying it back like Andy Defresne went about escaping Shawshank–chipping away little by little. That is why the Federal Reserve reports that there are that there are 6.8 million student loan borrowers between the ages of 40 and 49.

One Pennsylvania man was so beaten down by his student loan payments that he decided to flee the country.

In 2011, college grad Chad Albright was 30 years old, depressed, incapable of finding a good job,  living with his parents, and delivering pizzas.

“I had to escape this debtors’ prison,” he told York Daily Record — it felt like there was no other choice. “That’s what America became to me, a prison. So I left.”

Albright hopped on a plane and traveled 7,000 miles to China to to escape the $30,000 in student loans he owed.

“I was expected to make a $400 loan payment every month, but I had no money, no sustainable income,” Albright said during a Skype interview. “College ruined my life.”

“There was no future for me in the United States,” Albright said. “And the American dream? Yeah, it doesn’t exist.”

Loan payments rolled in and Chad Albright still couldn't find a job. He felt crushed by his debt. So instead of paying it off, he left the country. https://t.co/P16aVw53vH

Right out of high school, Albright began delivering pizzas in an effort to save money for college tuition. At the age of 25, he enrolled at Millersville University, while still holding a job while enrolling in classes.

He eventually graduated with a degree in public relations in December 2007, but the Great Recession would prove to be a bitch for Albright’s job prospects. These circumstances forced Albright back in with his parents where he would slip into a deep depression.

“Two years of nonstop interviews and nothing,” Albright said. “I was so done.”

Alright’s ah-ha! moment came when he was at the gym and he he saw a woman on CNN talking about her job teaching English to children in Hong Kong.

“She said, ‘I have no desire to return back home,’” Albright recalled. “That’s when I started looking into teaching overseas.”

Albright arrived in China in 2011 and began teaching English in the city of Zhongshan, and while he was only paid $1,000 a month, his rent was paid for by his work. Since the cost of living in China is much less than the U.S., Albright was able to do things like go out to eat with friends and travel to other cities.

“Things I never got the chance to do in America because of my student debt,” Albright said. “My life was so much better once I left. Why would I ever go back?”

After teaching in China for a few years, he moved to Ukraine, where he picked up a job in sales and is now a permanent resident.

He hasn’t checked his student loan account in eight years–“I hardly ever think about it,” he said.

Bold move, Cotton. Lets see if it works out for him.