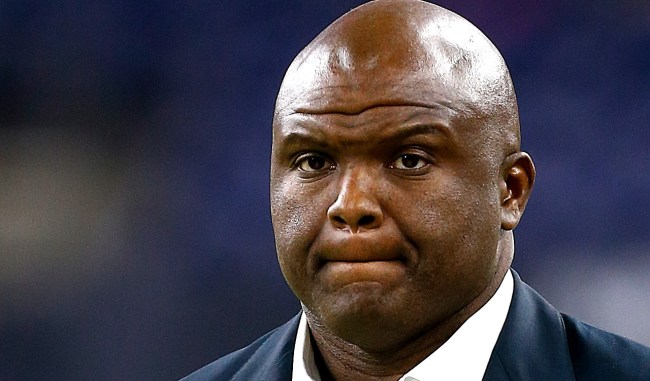 Here’s a year-end statistic that will probably surprise you: ESPN’s Monday Night Football, with Joe Tessitore and Booger McFarland calling the games, had its most-viewed NFL regular season since 2015 when Mike Tirico and Jon Gruden were in the booth.

In fact, there were only five of the 16 Monday Night Football games in 2019 in which both teams finished with a .500 record or better.

Which just goes to prove that regardless of how many gaffes the announcers make during a broadcast *cough Booger McFarland*, the NFL is and always will be king.

Shout out O.J. Simpson for being an all-time great? It’s all good.

Draw a NSFW image on the telestrator? No problem.

Screw up talking about the Minnesota Miracle? Let’s go!

Get clowned by current and former players like Davante Adams, Stefon Diggs, and Brent Jones? When does the pre-game show begin?

On the plus side, at least this season we were spared Jason Witten and, well, this…

The answer, by the way, to my last question is January 4th when Booger and crew will be broadcasting the AFC Wild Card game between the Houston Texans and Buffalo Bills at 4:35pm ET.

Here’s a taste of what we have to look forward to on Saturday.