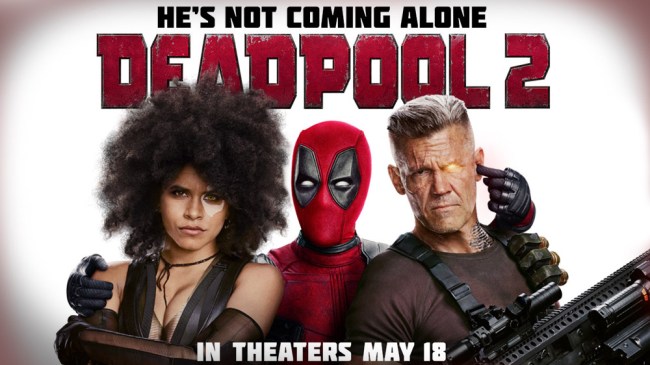 20th Century Fox, IMAX and DeviantArt teamed up to find the perfect deviant artist for the official Deadpool 2 IMAX poster. Talk about choosing the right people for the job. Anyone who is familiar with some of the top work displayed on DeviantArt knows that some of the talent there is top-notch.

Deviants were able to see five beloved “celebrity” artists put their own spin on a fan-favorite superhero in DeviantArt’s first ever invite-only competition.

Learn more about the artists and check out the winning posters below, plus peep five new Deadpool 2 TV spots which show off footage from the lamely-named sequel that we haven’t seen up until now.

1ST PLACE – Andy Fairhurst – Will be printed and displayed in select IMAX theater lobby cases in the U.S. and Canada. 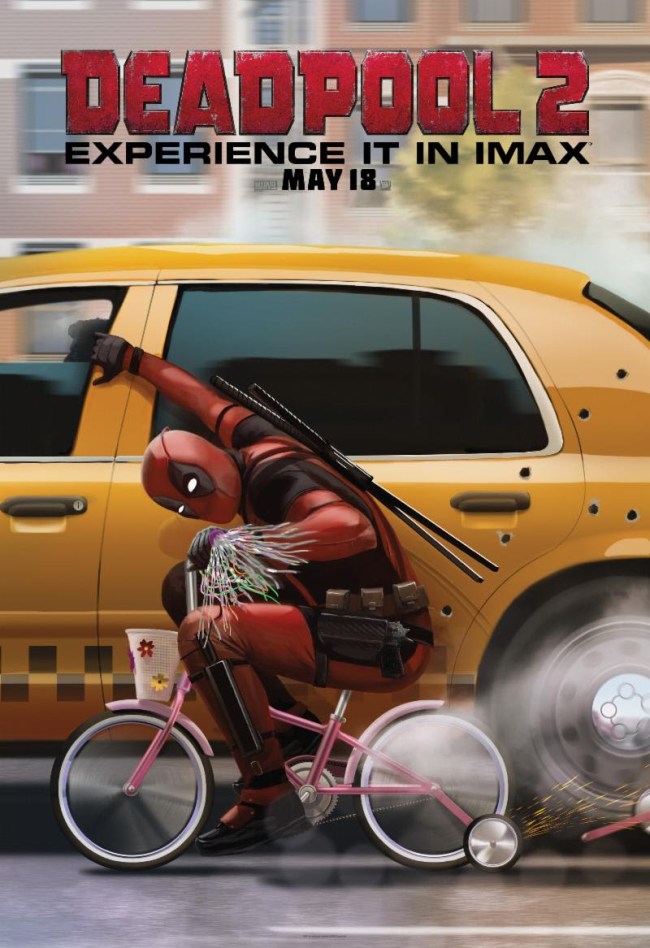 Check out more of his work here.

2ND PLACE – John Gallagher – On opening night (5/17), fans who experience Deadpool 2 in select IMAX theatres will receive this art as an exclusive mini-poster. (Giveaways are available while supplies last and only at participating theatres.) 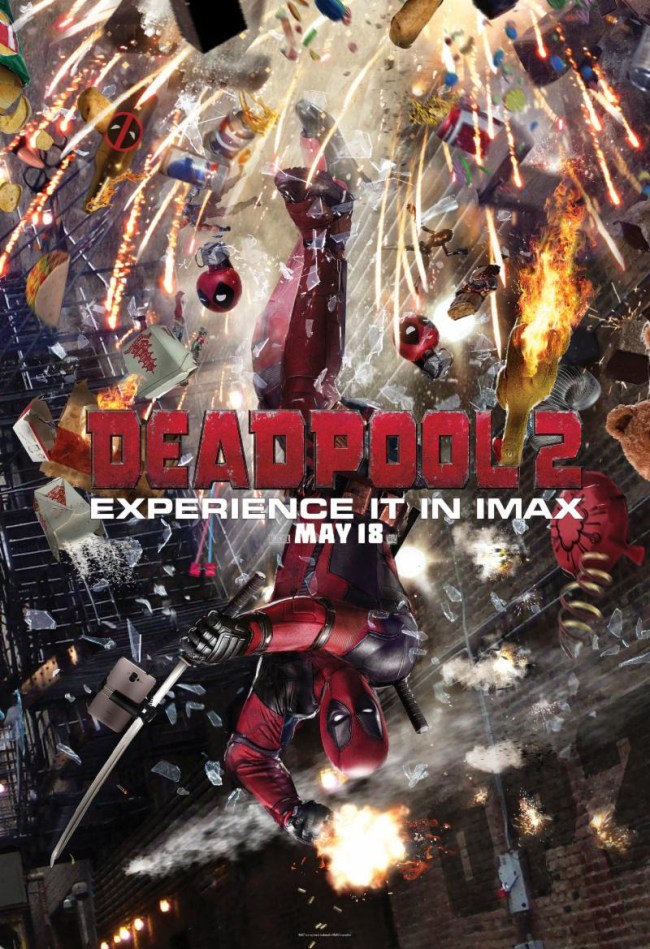 View more of his work here.

3RD PLACE – Patrick Brown – Starting May 18th, fans who experience Deadpool 2 in IMAX at Regal Cinemas will receive this art as an exclusive collectible ticket, while supplies last. Plus get a free promo code to redeem for a mini-poster in the Crown Club Rewards Center. (Giveaways are available while supplies last and only at participating theaters.) 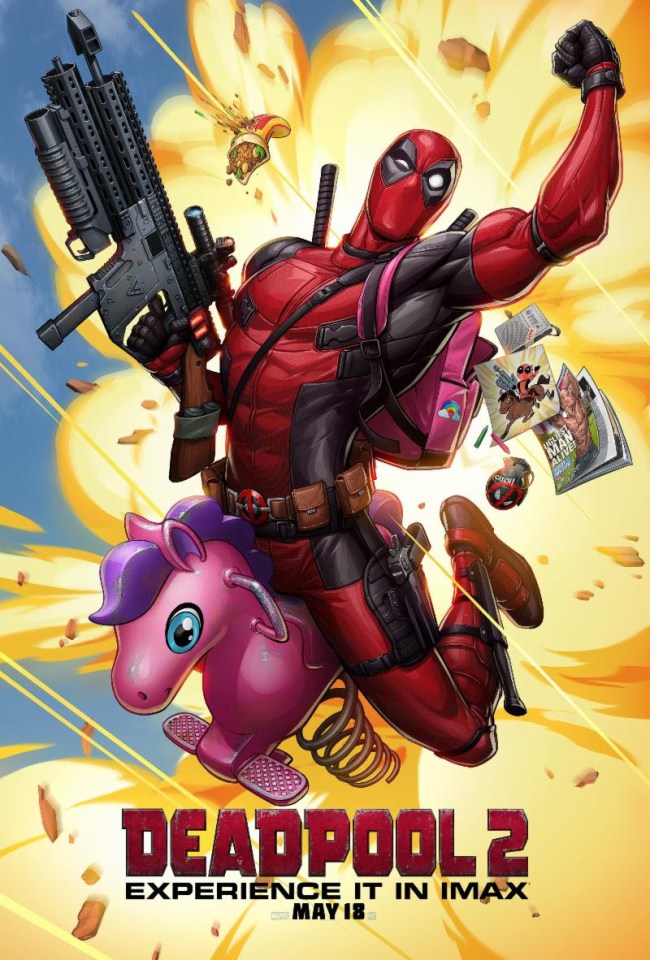 You can check out more of his work here.

Jarreau is a freelance illustrator and the majority of his work is in the fantasy and sci-fi genres. He believes in telling a great story while conveying emotion and excitement through his images. 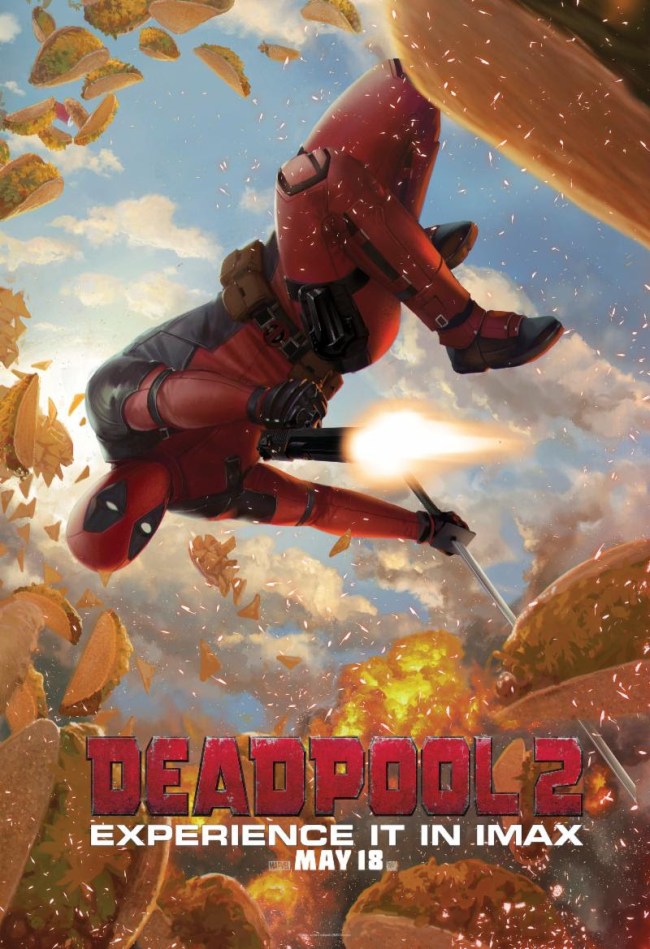 See more of his work here.

Alice is a full-time freelance illustrator with an enduring interest in cinema, comics, and pop culture. 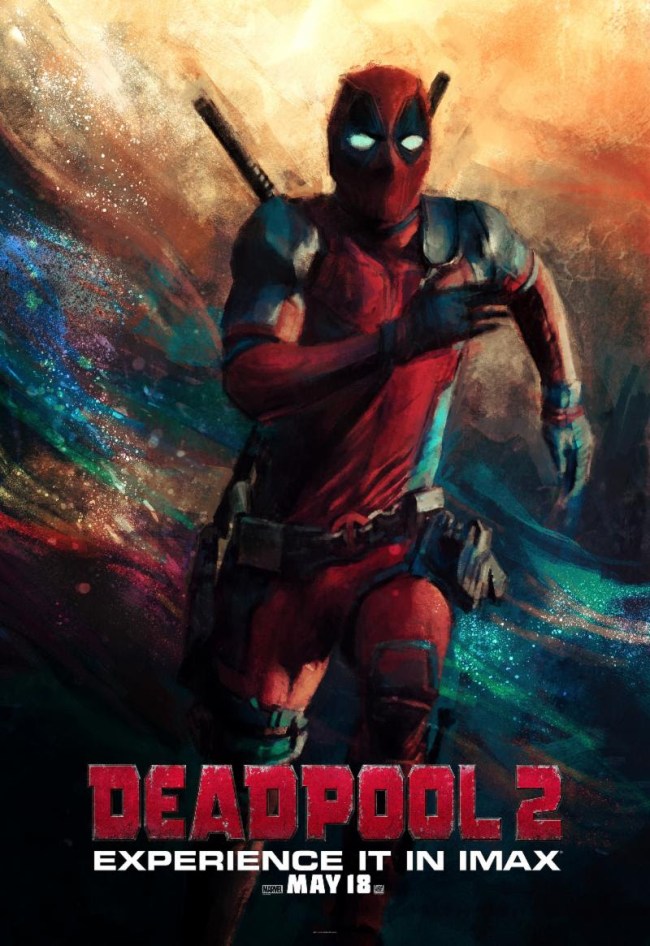 See more of her work here.

And here are the five new Deadpool 2 TV spots that show us some new footage from the movie.

Marvel’s motormouth mercenary is back! Bigger, better and occasionally more pantless than ever before. When a super soldier arrives on a murderous mission, Deadpool is forced to think about friendship, family and what it really means to be a hero – all while kicking 50 shades of ass. Because, sometimes, to do the right thing you need to fight dirty.

Deadpool 2 hits theaters on May 18th.