Listen To The Disco Biscuits Live At Brooklyn Bowl Vegas 10/29/21 via Nugs.Net 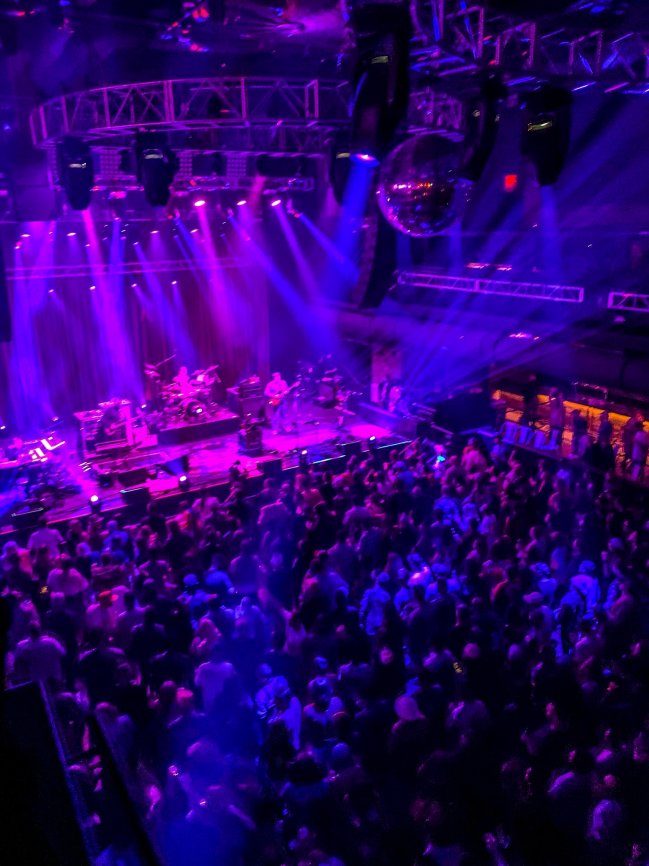 What’s up, everyone. Hope you had a great week.

Brandon here, BroBible’s publisher. Most of my work at this here website is behind the scenes these days, but every now and then I crack my knuckles and fire-up WordPress to write about live music and other miscellanies that interest me.

Once upon a time, I used to write about music a lot around these parts. Artists would send me songs, people would ask me to post their playlists. I’d blog about the ins and out of what’s going on in the jam band world. Sometimes I’d write about show. It was a good time.

Then I got busy in the BroBible back office and my blogging had to take a backseat to more important aspects of our day-to-day operation.

That doesn’t mean I don’t miss it. I miss it dearly. I like the silly little niche we’ve carved out for ourselves in jam band media. We’re mostly a sports and culture website, but hey – sometimes it’s wildly fun to write about something like, say, Billy Strings too. I’ve always believed leaning into these little idiosyncrasies makes our brand of digital licorice stand out from the blandness of other digital publishers.

That’s why I want to put a show from The Disco Biscuits on your radar. The Biscuits just finished a dizzying three-night run at Brooklyn Bowl Las Vegas. I use the word “dizzying” because I’m not sure how else I’d describe pulling a music doubleheader on Friday and Saturday night. Absorbing all that music leaves one feeling pretty damn good, albeit exhausted in the best possible way.

For an old millennial fart like me, it’s a reminder that the ole Phish > Biscuits monorail daily-double isn’t for the weak – It’s practically a dance marathon.

The Friday show, on 10/29 (but really, the wee vampire hours of the morning on 10/30), was the first I’ve been able to catch the Biscuits since their two-night run at The Riv in Chicago back in January 2020, just a couple of months before the world shut down.

It was pure nirvana to experience live Biscuits again. Musically, these improvisational soundscape pioneers are throttled up and dialed in. If you were there or want to chase some of that pure Biscuits bliss, you can now listen to the show in its entirety right now via Nugs.net.

has an all-timer of a day yesterday.

rested up to do it big. did the phish > biscuits doubleheader thing yesterday with some of my dearest friends. my heart is so full from so much fun today.

tDb, always so much fun. pic.twitter.com/bnADd5zOrq

Anyway, that’s enough gushing from me. Just a great time with some of my best friends in the world dancing to the trance-y live music we’ve loved since age 18.

Doesn’t get any better than that. Keep the fires burning, Biscuits – B4L

REMINDER: You can now re-watch the Listen to Disco Biscuits 10/29/21 in its entirety via Nugs.net