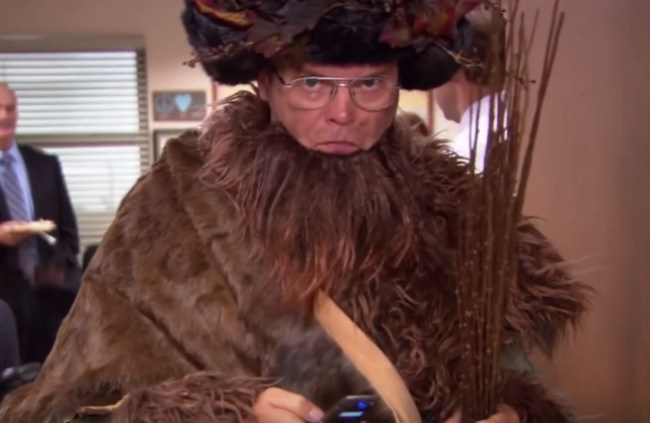 Depending upon which scene of The Office that you might be watching, Dwight Schrute could either be one of the creepiest people you’ve ever come across on TV or he could actually be kind of a well-meaning nice guy.

It has been 2,317 days since NBC’s The Office went off the air. That’s roughly 55,608 hours or 3,336,480 minutes since there were any new scenes released to the public. Thankfully for diehard fans of The Office the show lives on in the form of binge-watching on Netflix, Comedy Central, and these supercuts on YouTube.

There are some very recent rumors that NBC’s having ‘talks’ about trying to reboot the show in an effort to bring it to the NBC-Universal streaming service. But in the meantime, we’ll have to make do with tribute videos like this on the show’s official YouTube channel.

This clip pays homage to Dwight Schrute‘s softer side. Sure, he might’ve been experiencing the effects of a concussion in the first segment of this video but he was being genuinely nice to Pam for the first time. Dwight wasn’t always a prick. So let’s take a walk down memory lane and look at the softer side of Dwight Schrute: