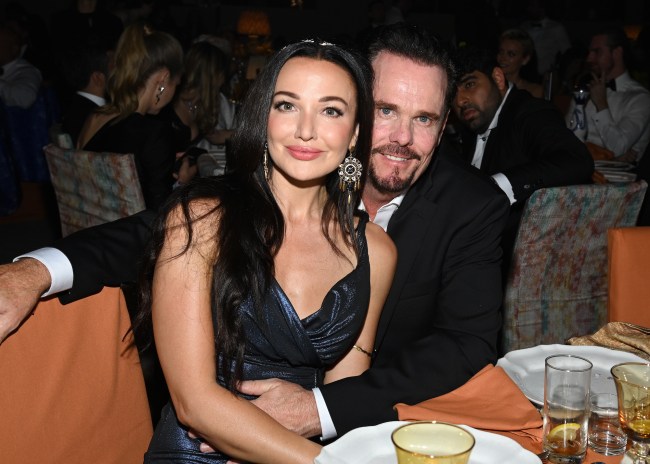 It’s hard to believe that the last episode of Entourage aired almost 11 years ago. It’s even harder to believe an Entourage reboot hasn’t been greenlit yet, in some way or another.

Sure, there was a movie in 2015 that, for the most part, flopped miserably. Sure, parts of the show didn’t age well – like a time capsule of life in the spotlight before the social media era.

But there was nothing quite like tuning in on Sunday nights to see Vinny Chase live out his Hollywood fantasy with his best friends. To a certain person in a certain stage of life, those eight seasons of Entourage sure were something special. I still get chills thinking about the “Oh Yeahs!” when “Superhero” by Jane’s Addiction comes on.

While the show’s gaze is undeniably focused on Adrian Grenier as Vincent Chase, there’s no doubt that the story arcs of the other characters are what made it entertaining as hell. It’s an entire universe around climbing the ladder and chasing the dream in Los Angeles, inspired by Mark Wahlberg’s own journey in Tinseltown.

E, a.k.a. Pizza Boy, with his many neuroses about relationships and business. Turtle, who has the show’s best glow-up from stoner to serial tequila entrepreneur. Ari Gold, who’s basically a ticking timebomb for an HR lawsuit.

And, of course: The ineffable wit and charm of Johnny Drama, played by Kevin Dillon – the ’90s small-screen star who, a decade later, still rides his coattails from Viking Quest, one “Victory!” at a time.

Will an Entourage reboot ever happen?

As an unabashed fan, I’m on the fence about whether or not Entourage truly needs a reboot – it was perfect enough back in the day. It had it’s time and place.

But many Entourage fans certainly do. There’s certainly something special about that group’s chemistry.

Nothing seems out of the realm of possibility in the streaming era, either: HBO is investing heavily in HBO Max programming from existing intellectual property, like Sex and the City being modernized as And Just Like That. Compared to the blockbuster budgets of some HBO Max programming, bringing back Entourage would be a modest programming investment at best.

The show’s creator, Doug Ellin, is very bullish on an Entourage reboot happening someday. He first warmed up to the idea in a podcast conversation with Kevin Dillion in 2020. Then he started seriously kicking the tires again on bringing the show back on Jeremy Piven’s podcast, How U Livin J. Piven, saying it will come in due time.

“The New York Post called me yesterday and I said, ‘I don’t have anything to say about it’ and then they basically hung up on me. That’s all they wanted to talk about, I’m like ‘I got a hot podcast, we’re doing live shows’ and they’re like, ‘Yeah, we’ll call you later.’ I always go, ‘It’s gonna happen, whether it’s three months or three years,’ I can feel it all just like I felt it last time. The biggest stars in the world still call me, they want me to do Entourage in their world. We’re talking in the music industry, in the sports industry, they still go ‘We want Entourage!’”

So the show’s creator is in. The cast is in. Other celebrities are waiting in the wings to do cameos. The financers that would bring it to life at HBO Max? We’ll see.

It all begs a question about vision.

What the hell would an Entourage reboot be about?

What would an Entourage reboot look like for Johnny Drama?

There’s plenty of material to cover in an Entourage reboot.

Hollywood has experienced a tsunami of sea changes since the last time the Entourage crew was together on-screen. Think about how much has changed: The rise of the social media era, a cultural landscape of Twitch streamers and Youtubers, DTC movie and series distribution a la Netflix and HBO Max, and the Me Too era. Harvey Weistein, portrayed by Maury Chaykin as Harvey Weingard in the show’s universe, is actually in jail. A Twitter-addicted reality show star was the President of the United States Of America.

Kevin Dillion, who currently hosts a podcast called the Victory Pod, floated his idea for a reboot in an exclusive conversation with Screen Rant. He suggests a show that focuses on Johnny Drama trying to make it in modern Hollywood.

“Well, right now I’m at Action Park Studios, where we shoot the Victory Pod, we’re gonna do a Victory Podcast after I talk to you, Doug’s in the other room with Kevin Connolly. Every time I see him, I throw it out there, I bring something up. I’d like to think if we were doing reboot, I’d like to think somehow he’s struggling again, because I love a struggling Johnny Drama. If he’s too successful, I don’t know, I think I prefer to watch him fighting for everything. Yeah, he won the Golden Globe, but maybe his career, he’s like in a hole and he’s back to the old Drama stuff again. Then again, Doug Ellin might see it differently and, ‘You’re on top of the world.’ I don’t know, who knows, but I do love a struggling Drama.”

Kevin Dillion is onto something here. An Entourage reboot where Johnny Drama is struggling is comedy gold.

Maybe Drama starts doing celebrity boxing matches with the Paul brothers? Or starts an OnlyFans to pay his monthly Tesla payments? Maybe the show goes full meta and he catches his big second (or third? or fourth?) career act with a Viking Quest reboot on a streaming platform.

Want more Entourage chatter? Check out JR Hickey’s podcast about the show, Oh Yeah, Oh Yeah. After a couple of years off, he’s relaunching it soon. He invited me to come on as a guest on a forthcoming episode, so I’m excited to babble nonsequiturs about Vinny and the boys into your eardrums.