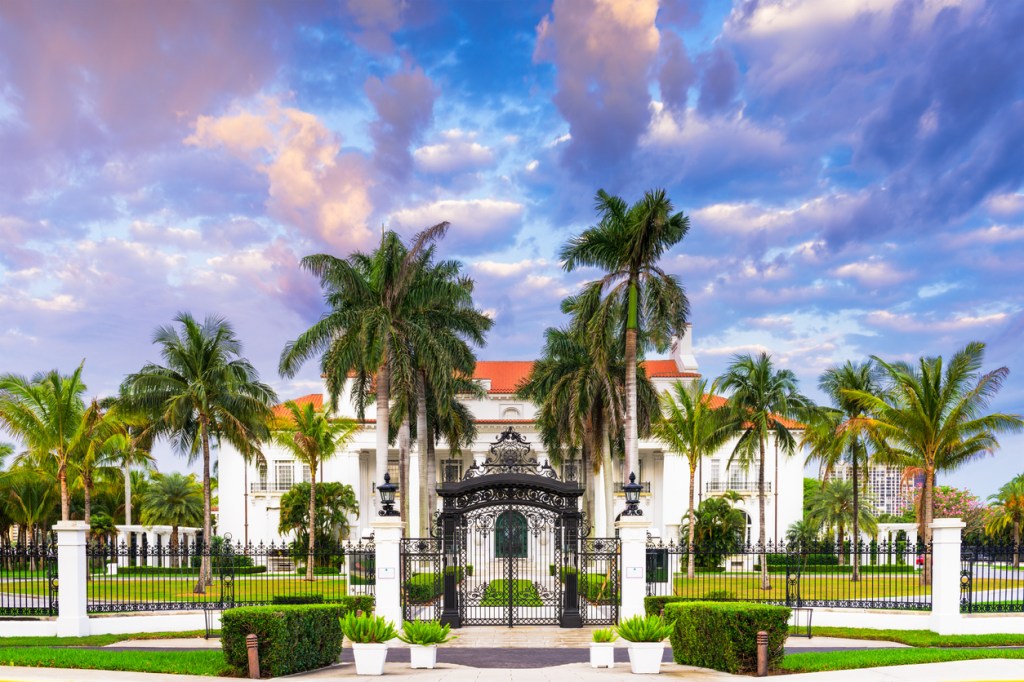 When my wife planned our wedding and I was kind-of-sort-of-just-a-little-bit along for the ride it was an insane process. She let me feel like I was participating by humoring me as I dragged her to the hardware store so we could look at paint swatches and pick out our wedding colors but that’s really where my input on the entire affair started and ended aside from helping pick the venue and filling out invitations/thank yous. But I watched as she worked with a team of planners and understood for the first time in my life how much goes into planning a wedding. Hours and hours and hours of work over the span of a year or more.

I’m saying all this because I’m wondering how the hell nobody saw red flags in this couple’s wedding at a 6,313-square-foot ‘dream home’ mansion in south Florida with 9 bedrooms, 15 bathrooms, a bowling alley, and more. And I’m wondering how nobody noticed the red flags because the couple didn’t own the home nor did they have permission to even be there let alone throw an entire wedding and invite a bunch of guests.

According to the Sun Sentinel, the couple’s plan fell apart when people arrived at the $5.7 million estate on the morning of what would’ve been Wedding Day and the owner was alarmed and called the police:

“I have people trespassing on my property,” a fed-up Nathan Finkel told a 911 dispatcher. “And they keep harassing me, calling me. They say they’re having a wedding here and it’s God’s message. I don’t know what’s going on. All I want is [for] it to stop. And they’re sitting at my property right at the front gate right now.” Wilson, his bride and their guests never made it onto the sprawling $5.7 million property. Two police officers showed up that morning and told Wilson to hit the road. He was not charged with a crime. He declined to comment Tuesday. “I don’t want to talk about it,” he said.

This mansion was a perfect venue for their long-awaited wedding. But it wasn’t theirs. https://t.co/c1pViz52qk pic.twitter.com/OaS0Z4G1JW

The sprawling estate has an 800-foot bar, more bathrooms than an office building, a “resort-style pool”, an elevator, four fireplaces, a movie theater, and more. It’s anyone’s dream home. But according to reports, this couple claims it was “god’s plan” that they got together and would plan the wedding at this “dream home”.

The couple met in high school, reconnected 30 years later, and the invitation apparently detailed all of this:

On one page of the elaborate invite, the bride Jones shared their love story. They met in high school and reconnected 30 years later thanks to fate and divine intervention, she said. A surprise proposal came on Christmas Eve after pizza at Capone’s on Hollywood beach. “It was then the Lord had revealed to me the purpose of our encounter and answer to my prayer,” she wrote. The wedding was supposed to start at 3:30 p.m. Saturday. A “Red Carpet Cocktail Hour” was to take place immediately afterward followed by a reception that was to last well past midnight until 2:30 a.m. Guests were invited to return the following day for Sunday brunch from noon to 4 p.m. (via Sun-Sentinel)

So God tells you to get married at a 16,313-square-foot, $6 million mansion & you send out elaborate invitations. But the house's owner won't let you in & calls the cops. Comedy ensues. https://t.co/YiG9KCfc52

Reports suggest the couple didn’t think the owner, Nathan Finkel, lived on the property. The house was believed to be vacant, which is kind of true, because the owner lived on the sprawling estate but in a different home on the property. So he was absolutely there when the squad showed up for their big day and I can’t help but wonder how much advance scouting was done at this house in the planning of a wedding. Were there people just trespassing all over leading up to this or did they really think they could just show up on the date that was planned and everything would go smoothly?

The owner told the Sun-Sentinel he didn’t have much to say other than the police told the couple to get off the property and not come back. The couple declined to speak with the Sun-Sentinel so it’s unclear how much we’ll learn about this in the future by MY GOD this story is wild. And it feels like something that could only happen in Florida. You’d never see people trying to pull this off in Virginia or Colorado.

Interestingly, this mansion was built off an IHOP fortune (money from IHOP franchises) which marks the second time in two days that I’ve written about IHOP. Yesterday, I wrote about this IHOP Karen going nuts on soldiers.

For more on this estate and the failed wedding attempt, you can click here to read the full article over on the Sun-Sentinel.