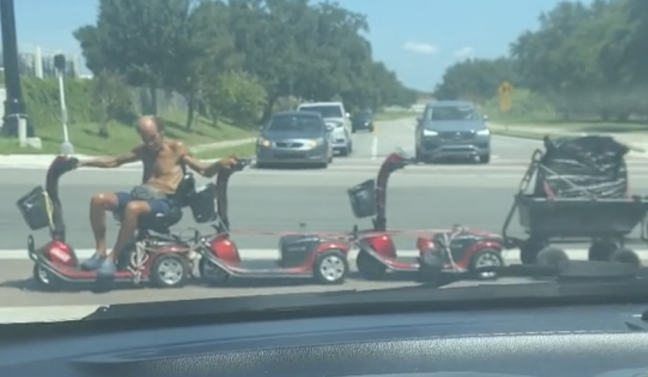 Florida Man never fails to amaze. Whether it’s tattooing the state on his forehead, sticking his hand in a jaguar cage, lighting a cigarette at a gas station, or making three holes-in-one in one day, Florida Man is always up to something.

In this case, a recent TikTok has gone viral that shows peak Florida Man. The video, posted by a woman named Jenn (@pumpkinseasonqueen), shows her car waiting at a stoplight. Suddenly, Florida Man emerges.

At first, it looks like the man is driving a scooter. And he is. But then, a redneck locomotive appears.

Florida Man strung together multiple scooters and wagons to create this train of unbelievable items. In his wagons are animals, gas tanks, a generator and a large fan, amongst other random things. It’s wild.

Also, take note of the traffic lights. He is straight-up running a red light.

The 41-wheeler is incredibly unexpected and it just keeps going. He can be seen driving down Orange Avenue, which runs in the Orlando area. 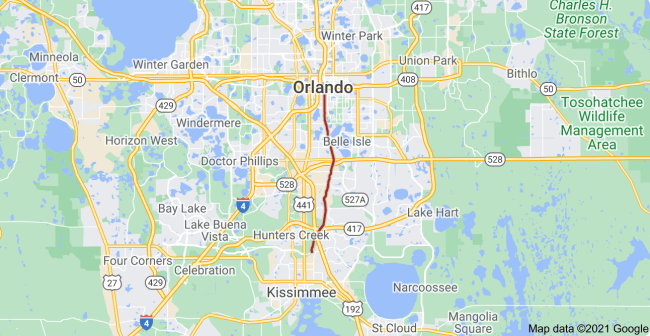 Apparently, per the comments, this man is a Altamonte Springs/Longwood/Apopka are legend. He is not homeless and has a lovely wife at home.

Initial concern might be about the animals. As was mine.

Don’t worry. A commenter by the name of Robin set the record straight. She is a cat rescuer and homicide detective, so if she is saying that he’s good, he’s good.

Credit to him. He is living his life how he wants to without worry of what others think. Shoutout to you, Florida Man.