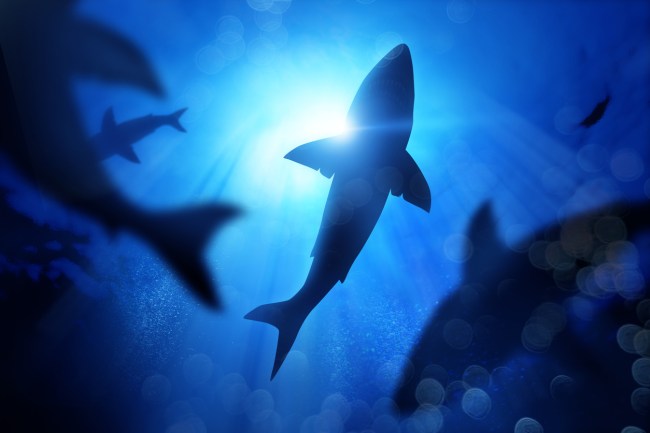 It’s not often I see some footage of Great White Sharks swimming eerily close to land and think ‘wow, this is somehow incredibly soothing’ but that’s the exact takeaway I got from this clip which was recently filmed in California.

I stumbled upon this clip shared over on The Inertia and the video was from just a few days ago, shot in California where there are countless Great White Shark sightings this time of year as these sharks travel between California and Mexico and on out into Hawaii.

Sure, these three might not be the largest Great White Sharks you’ve ever seen but they’re still larger than anything else that’s swimming around in those water and they are born predators. That’s not to say that surfers and swimmers should be worried about them because the sharks are 100% not out there to attack people but they are always worth paying attention to. You’d rather know where the shark is in the water than have no idea, right?

Here’s this soothing, almost zen-like footage of three Great White Sharks swimming around off the coast of Cali last week:

If you are looking for more articles on sharks, you can check out this recent one about a kid in Texas who caught an 844-pound Tiger Shark, or this wild footage of some Great Whites devouring a dolphin/porpoise in the water, also off the coast of California.

And these Great Whites aren’t only on the Pacific Coast, this one breezed some fishermen recently right off of Ocean City.