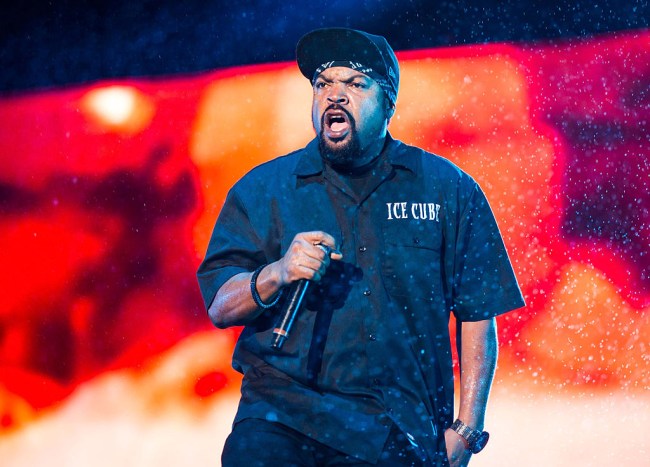 What’s your favorite diss track of all-time? Dre Day? MC Lyte’s 10% Diss? KRS-One’s The Bridge Is Over? LL Cool J’s Jack the Ripper? Roxanne Shanté’s Roxanne’s Revenge? The internet is having a debate as to the greatest diss track ever, and there are some fantastic selections.

XXL Magazine’s Twitter account asked the question: “What’s the best diss track of all time? Hip-hop fans did not disappoint and delivered the correct answers, for the most part.

What's the best diss track of all time? 🔪

Many of the responses said that Hit’em Up by Tupac Shakur was the strongest diss track of all-time. 2pac released Hit’em Up on June 4, 1996, as a way to really disrespect the Notorious B.I.G. by saying that Shakur had sexual relations with Biggie Smalls’ wife Faith Evans. Eminem agreed with this decision.

#Tupac hit them up pic.twitter.com/DL7oF3cmBn

Hit em up no question

Some rap aficionados said Eminem’s The Warning and Killshot, which was the response to Machine Gun Kelly’s Rap Devil, as the best diss track.

Rap fans said Ether by Nas as the #1 diss track ever.

Some hip-hop heads proclaimed Pusha T’s The Story of Adidon diss track on Drake as the best.

There was one vote for Dolly Parton’s 1973 warning for another woman not to take her man in the song Jolene.

RELATED: Chance The Rapper Proclaims That He Is A Top-4 Rapper Of All-Time

There was an overwhelming amount of hip-hop fans who said Ice Cube’s No Vaseline is the best diss track ever. People including CM Punk, NXT wrestler Killian Dain AKA Bro Killa, and professional gamer FaZe Attach put their vote in for Cube’s savage anti-N.W.A. song No Vaseline.

NO VASELINE. A distant #2 is ‘King of the Hill’. @icecube is the master.

No Vaseline. Nothing else comes close.

“No Vaseline” hands down

Ice Cube’s son O’Shea Jackson Jr. asserted that No Vaseline was the greatest diss track of all-time. The rapper’s son admits his prejudice and tweeted: “And yes. I am for sure biased. The man gave me life. Lmao. But my points cannot be ignored. Respect to Hit em up. But it wasn’t only Pac rapping.”

1 man versus the group the world was scared to diss. And it got no response to it.

And yes. I am for sure biased. The man gave me life. Lmao

But my points cannot be ignored.

Respect to Hit em up. But it wasn’t only Pac rapping.

XXL Magazine declared that Ice Cube was the winner of the greatest diss track of all-time.

“No Vaseline” seems to be the general consensus 🤔

Here is Ice Cube talking about the track and that he had started writing a follow-up 🤯pic.twitter.com/jVq3XMO8Oo

Last September, Ice Cube declared his No Vaseline to be the greatest diss track because he went “one against four (plus Jerry Heller). Murdered the track, killed the group. Game over.”

Yeah right, one on one will never beat one against four (plus Jerry Heller). Murdered the track, killed the group. Game over. https://t.co/7t6exeTtCv