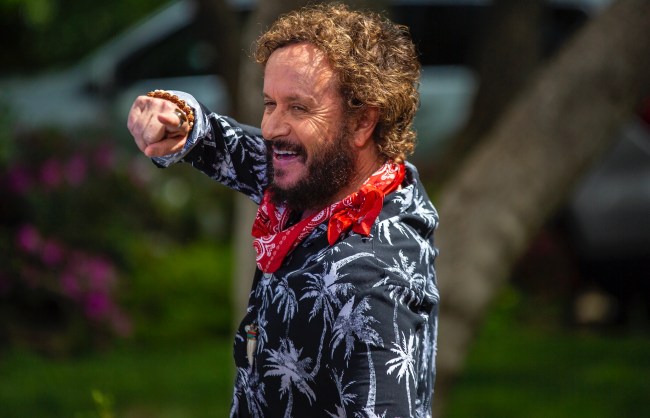 A couple months ago, at the beginning of quarantine, I asked a question in the form of a blog post: What happened to all the raunchy, hard-R comedies?

While 2020 has been a perpetual bummer for blockbusters releases like Christopher Nolan’s Tenet, there’s been a noticeable renaissance for hard-R scripted comedies.

Happy Madison’s The Wrong Missy on Netflix was a classic farce with all the flourishes of an Adam Sandler movie from the ’90s. Lonely Island’s Palm Springs on Hulu is a psychedelic, pastel-baked rom-com with heavy Groundhogs Day-meets-Inception vibes.

Both have been well-received by audiences in the last few months, indicating that studios and the platforms are willing to take risks on vulgar comedies again.

Let’s face it: With the weight of the world so heavy, these popcorn movies are downright delightful. It’s escapism from the couch, where no one except your dog and *maybe* your significant other will judge you for laughing a little too loud at an otherwise immature joke about human anatomy, all in good fun.

Which brings us to the trailer for Guest House, a raunchy comedy from Lionsgate slated for release On Demand and digital on September 4, 2020. It stars Pauly Shore as a hard-partying burnout residing in a back-property guest house, giving the whole project a serious Biodome vibe. Steve-O plays a somewhat fictional version of Rob Dyrdek – a skateboarder boss of the main character, Mike Castle.

Pauly Shore and Steve-O kick this outrageous, raunchy comedy into high gear. When engaged couple Sarah (Aimee Teegarden) and Blake (Mike Castle) buy their dream home, there’s a catch: a party animal named Randy (Shore) in the guest house who refuses to leave! When Randy throws a wild, sexy pool party, the cops show up — and Blake gets arrested. Can he and Sarah get through their backyard wedding without a certain loser crashing the party…and ruining their marriage?

It’s written by Troy Duffy of Boondock Saints acclaim, along with Sam Macaroni and Sean Bishop. Guest House is also directed by Sam Macaroni, who produced and directed Steve-O’s specials, along with a number of commercials and the VR action sequences for John Wick 3.

Here’s the trailer for Guest House starring Steve-O, Pauly Shore, Billy Zane, and a ton of recognizable stand-up comedians on the scene, including Bobby Lee and Erik Griffin.

Total side note: It’s a trip and a half to see Flakka make an appearance as the duo’s substance of choice, a zombie-drug that caused quite a scare in the great state of Florida about five years ago. 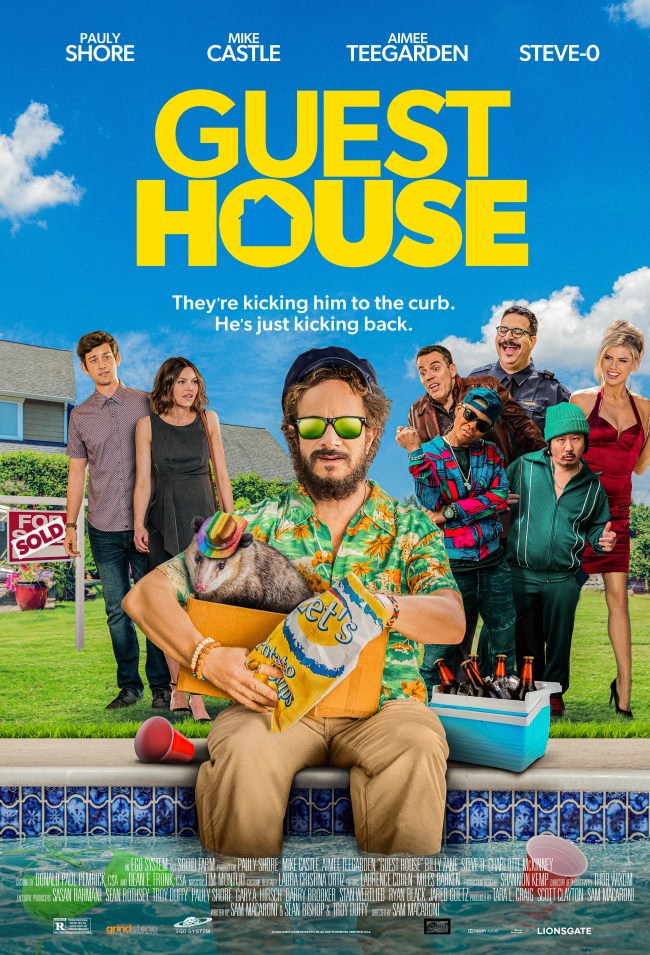