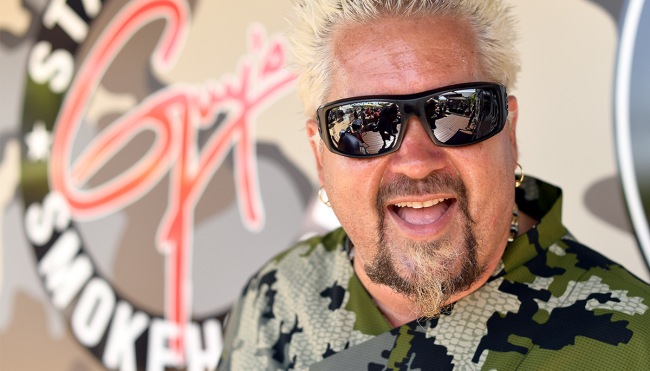 I can’t think of many people of the Non-Canceled variety that have been on the receiving end of a more drastic (or deserving) shift in public opinion than the man, the myth, and the legend who is Guy Fieri.

Last month, we celebrated the 15th anniversary of the historic day when Fieri was thrust into the spotlight after winning the second season of The Next Food Network star. To say he’s lived up to that title would be the ultimate understatement, as the chef not only managed to weather a hurricane of irrational hate but transcended the channel on his way to becoming one of the most beloved celebrities on the planet.

As is the case with Jon Taffer, Fieri got to where he is today by being unapologetically himself. That decision meant the Mayor of Flavortown caught plenty of flack for his frosted tips, flamboyant wardrobe, and over-the-top culinary concoctions, but those retroactively absurd criticisms spent far too long overshadowing what’s become a pretty evident truth: Guy Fieri is the man.

The chef has a long history of swooping in to help when people need it most, so it came as no surprise that he did exactly that when the pandemic arrived. After launching a fund to send checks to embattled hospitality workers, he eventually helped raise more than $25 million even without the help of Jeff Bezos.

As a result, it was hard not to be happy when the host of Diners, Drive-Ins and Dives signed a new contract with Food Network last month. It was unclear how much the deal was worth when it was initially revealed, but according to Forbes, Fieri is slated to rake in $80 million over the course of the next three years as he continues to do what he does best.

When you consider he was previously taking home an estimated $26 million on an annual basis, I’m sure people will somehow get mad at the rich for getting richer, but as far as I’m concerned, it couldn’t have happened to a nicer Guy.