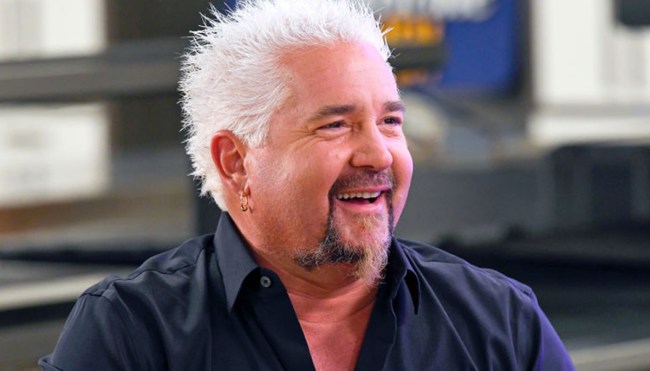 Guy Fieri has traveled down an absolutely fascinating path since bursting into the public eye after winning The Next Food Network Star in 2006, as the Mayor of Flavortown spent years being viewed as a punchline and used as a punching bag after being painted as a culinary pariah before becoming one of the most beloved people on the planet.

It’s easy to understand why the world eventually embraced Fieri, as we’re talking about a Guy who casually dropped at least $30,000 at a pig auction for the sake of a good cause, routinely cooks food for first responders battling wildfires in California, and managed to raise $25 million to help out people in the hospitality industry who were impacted by the pandemic.

Fieri is also responsible for some of the most enjoyable shows on television, as programs like Guy’s Grocery Games and Diners, Drive-Ins and Dives (the latter of which Ken Burns is understandably “obsessed” with) are simply delightful offerings that are perhaps the epitome of “comfort viewing.”

While I’m personally partial to the one familiarly referred to as “Triple D,” I’ve slowly but surely learned to love Triple G, a show best described as “Chopped meets Supermarket Sweep” where contestants vie for the chance to win up to $20,000.

However, it turns out the chefs featured on each episode aren’t the only ones who have the opportunity to leave the set with some sick parting gifts. On Sunday, celebrity chef and Guy’s Grocery Games judge Rocco DiSpirito posted a behind-the-scenes look at the set in the form of a video documenting the giveaway Fieri conducts to reward members of the crew when shooting wraps.

According to the caption, the prizes—which are handed out to employees who have their names plucked from a bowl Fieri personally picks from—include “everything from Uber gift cards to 75” TVs.”