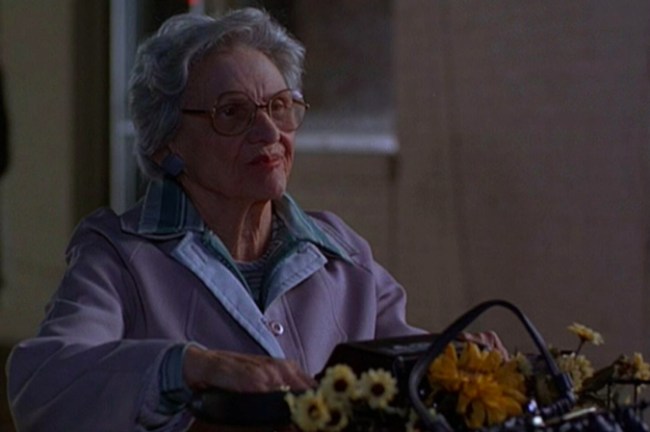 A disabled Oregon woman did all she could to shake police attempting to pull her over for riding a scooter on the sidewalk without a helmet. She floored the gas on her mobility scooter and made an irresponsible left turn without her directional. In the end, Ms. Jennifer Gayman was hit with the big dick of the law, amazingly without law enforcement having to put down spikes in the road.

According to ABC News, Jennifer Gayman of Brookings, Oregon, said she was driving home from a karaoke bar in November when police pulled her over and handed her a ticket even though the scooter was prescribed by a physician and it was her only way of getting to and fro karaoke.

In police body cam video obtained by ABC, Gayman can be heard pleading her case for riding dirty.

“Do you understand? It’s my mobility scooter. It’s how I get around. I don’t have a car,” Gayman is heard telling the officers in the video.

One of the officers responded, “It’s still an electronic scooter.”

Becoming agitated, Gayman told the officers, “You’re taking my disability act and you’re throwing it in the garbage.”

Gayman suffers from Best disease, a genetic condition that an eye condition that causes problems with your central vision. Misleading name for a disease.

Once Gayman was handed her citation, the drama only escalated. She then booked it, riding her scooter on the sidewalk, which we’ve already established is a no-no.

“You’re going to go to jail if you continue driving,” officers yelled through the speaker as the woman drove away.

Officers then put on their lights and blared their sirens AND CALLED FOR BACKUP. FOR THE SWEET OLD LADY IN A MOTORIZED CART.

They “pursued” Gayman all the way to her home where they slapped her in handcuffs and arrested her for suspicion of attempting to elude police, interfering with a peace officer and disorderly conduct.

She still continues to ride her mobility scooter around town.