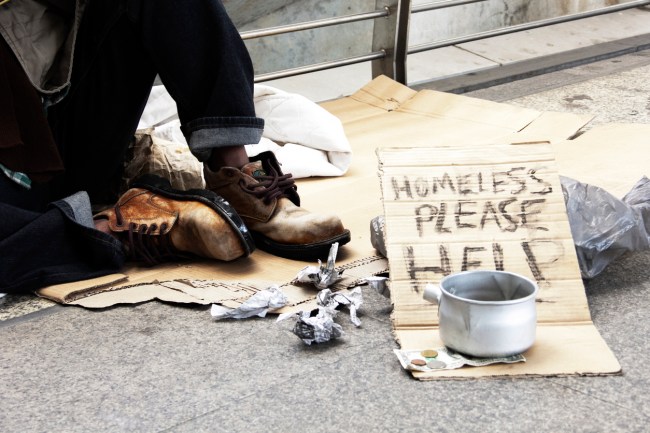 Next month marks two years since a GoFundMe campaign involving a homeless veteran went viral. The money-raising effort turned out to be a complete scam, but not before the three people involved stole over $400,000. Now the alleged mastermind of the GoFundMe scheme is facing federal charges.

On Thursday, Mark D’Amico was hit with federal charges of one count of wire fraud conspiracy and money laundering conspiracy for his role in the GoFundMe scam involving his then-girlfriend Katelyn McClure and homeless veteran Johnny Bobbitt.

The fake internet crowdfunding campaign was launched in November of 2017 and quickly went viral, grabbing nationwide headlines for what was thought of as a compassionate story.

D’Amico and McClure concocted a bogus story of how she ran out of gas while driving on I-95 in New Jersey. The homeless veteran was said to have given Katelyn his last $20 and bought her gas so she could get home. McClure was grateful, so she set up a GoFundMe titled “Paying It Forward” with the “mission” of helping Bobbit out of poverty.

Within two weeks, more than 14,000 people donated $402,706 on GoFundMe to help the 35-year-old homeless Marine veteran. However, D’Amico and McClure reportedly stole most of the money that was donated to Bobbitt. By March of 2018, the couple had spent nearly all of the funds raised in the GoFundMe scheme. They purchased vacations, went gambling at casinos in Atlantic City and Las Vegas, and purchased a BMW and an RV.

The Burlington County Prosecutor revealed that D’Amico, McClure, and Bobbit met near a Philadelphia casino in October 2017, before sharing their phony story online. The new federal criminal complaint finger the 40-year-old D’Amico as the ringleader of the GoFundMe scam.

In April, McClure pleaded guilty to federal and state crimes. She faces up to four years in state prison and must help repay the $400,000. McClure is required to testify against D’Amico, her ex-boyfriend. Her federal sentencing hearing is scheduled for November.

Also in April, Bobbitt was sentenced to five years of probation, agreed to help repay the stolen funds, and will testify against D’Amico. He is facing federal sentencing later this month. D’Amico faces up to 30 years in federal prison and a $500,000 fine if he is convicted.