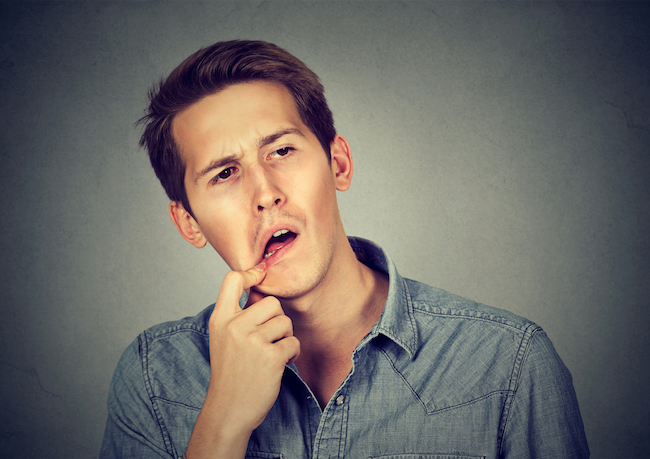 Here’s the thing about streaks — good or bad — they all come to an end.

Humans were on a roll for a while when it came to intelligence. For years, the average human IQ has been on the rise. The entire race basked in the glory of the Flynn effect, which described a rapid rise in the intelligence quotient. People were good for about +3 IQ points per decade in the 20th century.

Unfortunately, this streak is over. And we’re not leveling off. We’re getting flat out dumber by the year. Well, at least the people of Norway of getting dumber, as that’s where the study was done.

The Ragnar Frisch Centre for Economic Research in Norway analyzed over 730,000 IQ test results. The study concluded that “the Flynn effect hit its peak for people born during the mid-1970s” and IQs significantly declined ever since.

Oh, and did I mention the study only included men? Because it did.

“Between the years 1970 to 2009, three decades of these young men (born between 1962 to 1991) were conscripted, resulting in over 730,000 IQ test results. What the results show is that a turning point for the Flynn effect occurred for the post-1975 birth cohorts, equivalent to 7 fewer IQ score points per generation.”

Let’s assume it’s not just Norwegian bros getting stupider with each year. Assume it’s everyone in the world. What’s causing this dumbing down of the human race? Is it our reliance on technology? Our awful diets? Maybe we’re all just really horrendous test takers?

Tell us, dear researchers, what’s making us all so stupid.

As this Inc.com article points out, other research has shown that the decline isn’t due to genetics and it’s hard to play tech and smartphones since the subjects were all born in the 1970s and lived a good chunk of life without a portable computer in their pockets.

Maybe it’s not our fault at all. Perhaps it’s our schools.

“The issue could even be down to a technical detail of IQ tests. Scientists make a distinction between crystallized intelligence (all the stuff you’ve been taught and remember) and fluid intelligence (your ability to learn new stuff). IQ tests generally measure crystallized intelligence more, so changes in schooling that de-emphasize memorization might be driving a decline in scores. If this explanation is true, students remain as smart as ever (just way more reliant on Google).”

YES! It’s the schools! (grabs torch) BURN DOWN ALL SCHOOLS!!

If researchers can’t pinpoint the exact cause or rampant stupidity, we might all be beyond hope. Whatever the root cause, it wouldn’t hurt to help the average by making yourself as smart as possible. Beef up your brain and resume by becoming a cybersecurity expert, website designer or be an ethical hacker. Less Netflix, more learning.