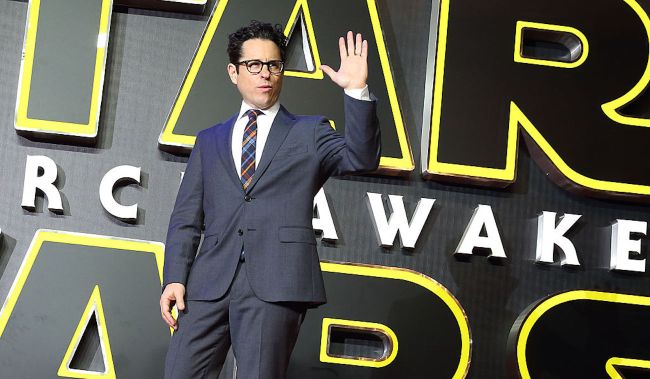 Ah, the Star Wars sequel trilogy. Simpler times. The surreal discourse surrounding Episode IX, The Rise of Skywalker, is actually one of the last things I remember from the Before Time, a.k.a the world before the pandemic. That, and Brad Pitt/Parasite taking home Academy Awards.

The Rise of Skywalker conversation, of course, is inextricably tied to the disappointment over Disney’s ultimate handling of the sequel trilogy, as the conclusion to the iconic Skywalker Saga seemed to lack any coherent structure, especially due to the rotating cast of directors utilized. Star Trek director J.J. Abrams directed The Force Awakens, with Looper director Rian Johnson taking over for the sequel, The Last Jedi. Then, Jurassic World director was tapped to close out the series with The Rise of Skywalker, although he eventually left the project due to “creative differences”, prompting the Mouse House to bring Abrams back aboard. As you can see, it was all very scattershot. Lacking a plan, if you would.

In an interview with Collider, Abrams was asked about the sequel trilogy’s plan, or lack thereof, and gave a blunt answer about what he learned during the experience, admitting that more planning should’ve been done ahead of time:

“I feel like what I’ve learned as a lesson a few times now, and it’s something that especially in this pandemic year working with writers [has become clear], the lesson is that you have to plan things as best you can, and you always need to be able to respond to the unexpected. And the unexpected can come in all sorts of forms, and I do think that there’s nothing more important than knowing where you’re going.”

“Having a plan I have learned – in some cases the hard way – is the most critical thing, because otherwise, you don’t know what you’re setting up. You don’t know what to emphasize. Because if you don’t know the inevitable of the story, you’re just as good as your last sequence or effect or joke or whatever, but you want to be leading to something inevitable,” Abrams said.

As Dr. Evil once put it, whoop-de-doo, Basil! Welcome to the party, J.J.! Oh, you think that mapping out a legitimate plan to continue one of the most iconic American movie franchises ever made would’ve been prudent, huh? Well, thanks for cracking the case, Sherlock.

All jokes aside, though, it’s not like I even despite the sequel trilogy all that much: I think The Force Awakens is solid, and that The Last Jedi is, actually, quite good. The problem, though, comes with The Rise of Skywalker, and the ways in which that lack of planning manifested itself into the film, ultimately undercutting any sense of majesty that a project like this — THE FINAL CHAPTER OF THE SKYWALKER SAGA — *should have*. Just LOOK at some of the Rise of Skywalker headlines I’ve written throughout the years:

Even Adam Driver Knew ‘Rise of Skywalker’ Was A Mess, Pushed For More Kylo Ren Backstory

‘Rise of Skywalker’ Novel Is Being Used To Explain Scenes From… ‘The Force Awakens’?

Disney Tries To Deny The Existence Of Sex, Characterizes Climatic ‘Rise of Skywalker’ Moment As ‘Not Romantic’

Original ‘Star Wars IX’ Script Leaks, Presents A Much Clearer Vision For The End Of The Skywalker Saga

What a mess! And likely all that could’ve been avoided had Disney been a little more pragmatic with their planning of Episodes 7, 8, and 9. Oh well — given that Disney+ is set to become a Star Wars factory, I’m sure fans will forget about Rise of Skywalker soon enough.