Jackie Chan Is Offering Up A $142,000 Prize To Anyone Who Can Figure Out A Cure For Coronavirus 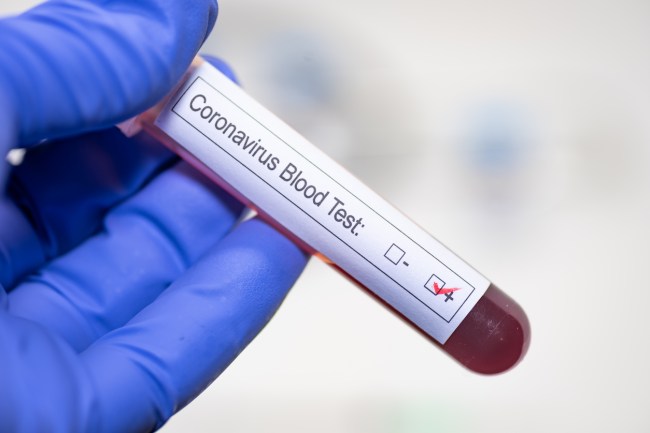 Unless you’ve been living in a cave for the past month or so, you’re probably aware that the world is currently experiencing a bit of an issue in the form of yet another deadly disease that can trace its origins back to China (and if you have indeed been living in a cave, you might want to go back inside and stay there until this whole thing blows over).

After previously introducing the world to untreatable strains of bird flu and SARS, China gave us a brand new superbug to ring in the decade in the form of 2019-nCoV, a treatment-resistant member of the coronavirus family.

The illness that has sparked a worldwide panic over fears of a potential epidemic was first identified in the city of Wuhan, where officials believe people contracted the disease from bats that were being sold for human consumption. After a few weeks, it became clear they had a serious problem on their hands and the government eventually put the city of 11 million people under quarantine (but not before five million of them left the contained area).

However, the lockdown failed to prevent the disease from spreading and there are currently 28 countries dealing with confirmed cases of an illness that has already claimed more lives than SARS did when it caused the planet to collectively lose its shit in 2003.

I’m personally not getting too worked up over coronavirus, but if the signs I’ve seen at multiple pharmacies announcing they’re sold out of masks are any indication, a lot of people aren’t taken any chances considering there doesn’t appear to be a cure.

However, the people working on a way to treat coronavirus now have a little more motivation thanks to Jackie Chan, who recently announced he’s offering a prize of one million yuan (around $142,000) to whoever can develop an effective antidote.

According to The Straits Times, the actor announced the offer earlier this week in a post on Weibo after the Chinese release of his new film Vanguard was canceled over coronavirus fears, saying:

Science and technology is key to overcoming the virus, and I believe many people have the same thought as me and hope that an antidote can be developed as soon as possible.

I have a ‘naive’ idea now. No matter which individual or organization develops the antidote, I want to thank them with 1 million yuan.

“This is not about money. I don’t want to see the once-bustling streets empty now and do not want to see my compatriots fighting a virus until some of them are dead when they should be enjoying life.

I hope someone can put him in touch with the British guy who says hot whiskey and honey is the only treatment you need.