Jackson Mahomes, Brittany Matthews Among Most Hated People In The NFL, According To Study 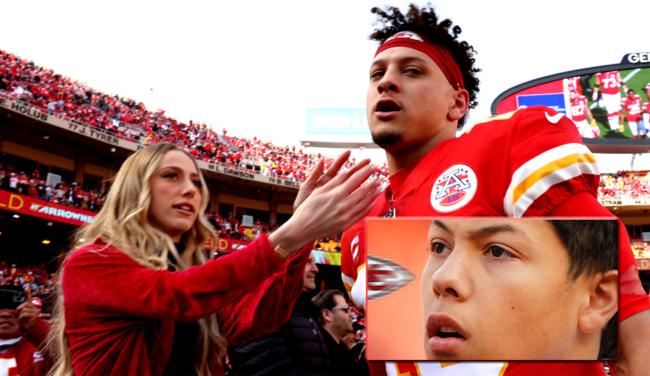 For some reason, the Mahomes crew still doesn’t understand why Patrick Mahomes’ brother Jackson Mahomes and his fiancee Brittany Matthews are two of the most hated people in the NFL. They may never get it, but at least now we have the “science” to prove that we’re not just making it up.

No other player in the NFL has anyone associated with him that causes more drama than Patrick Mahomes does with his brother Jackson Mahomes and fiancee Brittany Matthews.

They are truly the most insufferable fans in all of sports. Heck, even Pat McAfee called Jackson and Brittany the “Tag Team of Insufferability” on his show.

Related: Jackson Mahomes Announces That He’s Moving To Los Angeles And L.A. Natives Are Not Happy About It

So when the Fort Worth Star-Telegram published a study conducted by BetOnline.ag listing the most hated people in the NFL, it should come as little surprise to anyone outside of the Mahomes gamily that Jackson and Brittany took two of the top 20 spots.

According to the Star-Telegram, “The study was conducted by analyzing keyword associations on Twitter, including negative phrases such as ‘I hate Aaron Rodgers,’ or ‘Antonio Brown sucks.’ More than a million tweets in December were used to come up with the semi-scientific study.”

“Anyone associated with the NFL was fair game for the study,” the paper added, which is how Jackson Mahomes and Brittany Matthews made it on to the list.

Related: Sad Jackson Mahomes Blasts Media As Patrick Appears To Kick Off Bachelor Party Without Him

Amazingly, or maybe not so much, Jackson Mahomes ranked higher on the list of most hated people in the NFL than Roger Goodell.