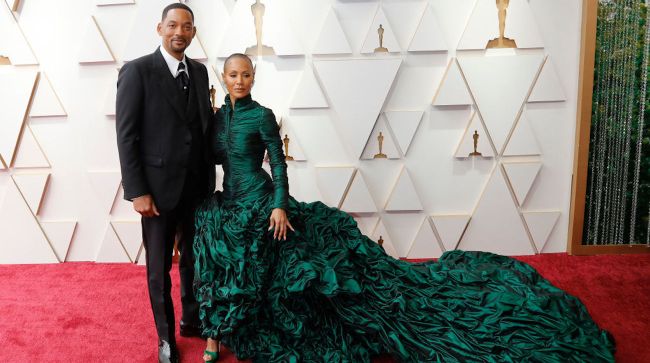 Not only has his decision to slap Chris Rock already affected his career — Will Smith has resigned from the Academy while two films he had in the works, including Bad Boys 4, have been delayed — but it apparently didn’t earn him many points at home, either, as reports indicate that Jada Pinkett Smith “wishes” her husband didn’t smack Rock on the Oscars.

According to a report from Us Weekly, while an inside source (whatever that means) says that Jada Pinkett Smith is not “angry with” Will, she “wishes he didn’t” take that swing at Rock. Furthermore, the source says that the couple are “in agreement” that the Best Actor winner “overreacted.”

“It was in the heat of the moment and it was him overreacting. He knows that, she knows that. They’re in agreement that he overreacted,” a source exclusively tells Us Weekly about where the couple stands now.

“She’s not one of these women that needs protecting. He didn’t need to do what he did, she didn’t need protecting. She’s not a wallflower,” the source shared. “She’s a strong woman, an opinionated woman and she can fight her own battles. But she will stand by him.”

This report from Us Weekly is another tough break for Smith, who also already profusely apologized to Rock, the Academy, and many others.

It’ll certainly be interesting to see how Apple handles the marketing of Antoine Fuqua’s Emancipation, the slava drama that’s currently Smith’s only film dated to release this year.

RELATED: Main Oscars Producer Speaks Out For The First Time, Says Chris Rock Made A Muhammad Ali Joke, Did Not Want Will Smith Removed