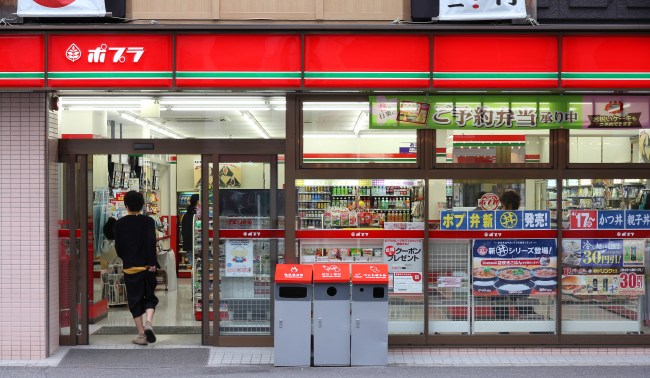 I have to hand it to the Japanese. They are certainly willing to try anything. Literally… anything.

Build an elevator that will take people into outer space? Sure, why not?

Make disturbingly realistic masks of pets’ faces for their owners? The Japanese are all over it.

Pay people up to $85,000 a year to become ninjas to help with tourism? Of course.

Hold a competitive event every year where entrants must scream a phrase of anger, hope, frustration, or passion while flipping over the tiny table and sending it flying? Sounds like a plan.

Create a real-life Transformer that goes from robot to a car you can ride? Hell yes.

Have people sit in a giant bathtub filled with beer for… health benefits? On it.

Their latest unique endeavor, while not a “good” idea per se, might actually be one that catches on in other countries. Maybe.

Yep, an actual bar inside a convenience store for people to hang out at and get sauced. A+ idea.

This new convenience store bar will reportedly offer over 1,000 types of drinks with the cheapest priced at 500 yen (around $4.48 US). You can even load up on snacks purchased at the convenience store and eat them at the bar. (This idea is going to make a zillion dollars.)

While this is currently the only one of its kind in Japan (or anywhere, as faras I know), the company plans to open five more soon in the area, and 100 more across Japan within the next three years.

You keep being you, Japan.