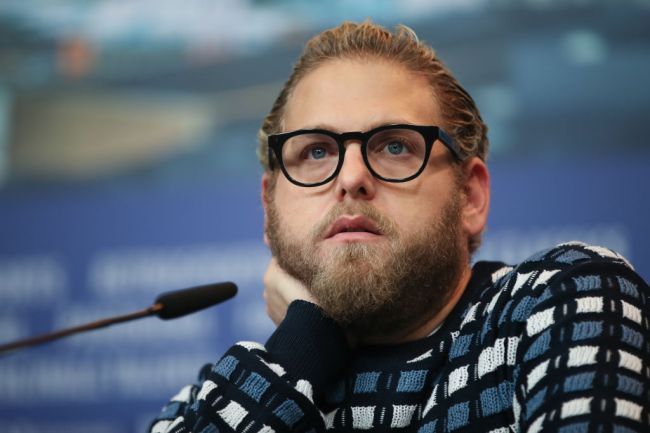 Jonah Hill previously said that he makes time to go surfing every day, at times twice a day. But the Superbad actor has allegedly been the recipient of a campaign to mock his surfing abilities.

Hill claims to have seen a sticker that reads: “Jonah Hill Ruined Surfing.” The actor posted a photo of the sticker and retorted on an Instagram story, “I will never stop doing things that make me happy no matter how insecure my happiness makes you.”

Sarah Brady – Hill’s girlfriend and a self-proclaimed “surfer, photographer, and activist” – attempted to defend him from the criticism.

“Only kooks do this s***,” Brady said on Instagram.

She added that she is “proud” of Hill for taking up surfing as a hobby “for the pure joy it brings” him.

“If you feel the need to rain on someone else’s parade, ask yourself why and consider getting yourself a life,” she fired back at critics.

This is the second time this week that the 37-year-old Hill has addressed his detractors.

“I know you mean well but I kindly ask that you not comment on my body,” Hill wrote on Instagram last Wednesday. “Good or bad, I want to politely let you know it’s not helpful and doesn’t feel good. Much respect.”

RELATED: Jonah Hill Reveals How He Lost A Boat Load Of Weight In A Short Period Of Time

In March, The Wolf of Wall Street actor lashed out at the Daily Mail for publishing photos of him shirtless while surfing. He claimed that his “childhood insecurities” were “exacerbated by years of public mockery about my body by press and interviewers.”

In 2020, Hill asserted that the fashion industry ignores overweight people.

In 2018, Jonah Hill revealed how body-shaming really took a toll on his self-confidence during an appearance on The Ellen DeGeneres Show.

Hill recently opened up about how he started seeing therapist Phil Stutz in 2017, after Joaquin Phoenix recommended him.