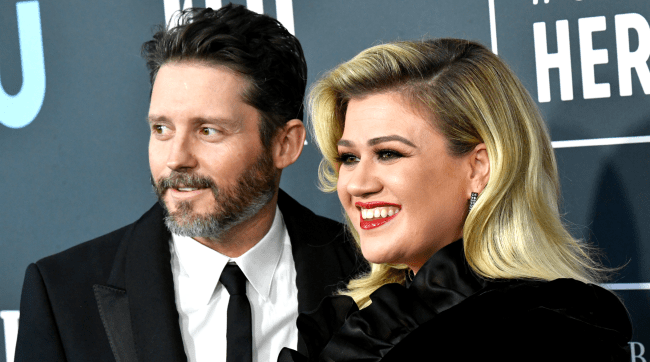 We’ve seen some wild spousal support payments that some celebrities have had to pay over the years when they got divorced.

Dr. Dre’s ex demanded more spousal support money than the salaries of most pro athletes. Kevin Garnett’s ex-wife hit the mother lode when she and the former NBA star called it quits. Alex Rodriguez, who made hundreds of millions of dollars playing baseball, had to fork over an ungodly amount to his ex.

And now, the winner of the first season of American Idol, Kelly Clarkson will reportedly be paying enough spousal support to her ex-husband Brandon Blackstock that he could literally retire and just live on that for the rest of his life.

On top of that, Clarkson must also pay Blackstock, a music manager and the stepson of country music star Reba McEntire, $1.25 million for his attorney fees being racked up during their divorce.

Wildly enough, that $195,601 the daytime talk show host has to pay to her ex-husband every month is a far cry from the amount he initially requested from the court.

According to TMZ, “Once the divorce is settled, we’re told Brandon will only get 2 more years of spousal support, based on the length of their marriage. The unresolved issue is their prenup. If the judge determines it’s valid, all those support numbers go out the window, and Brandon will get whatever is spelled out in the prenup.”

Clarkson, who is represented by Johnny Depp’s one-time attorney Laura Wasser, already won custody of the couple’s kids, 6-year-old River and 4-year-old Remington, back in November.

Which only makes the fact that she will be paying Blackstock $45,601 per month in child support even more bizarre.

Then again, The Blast reports that, according to court documents, Clarkson, who also works as a judge on The Voice, earns $1,583,617 per month in income so apparently she can afford it.