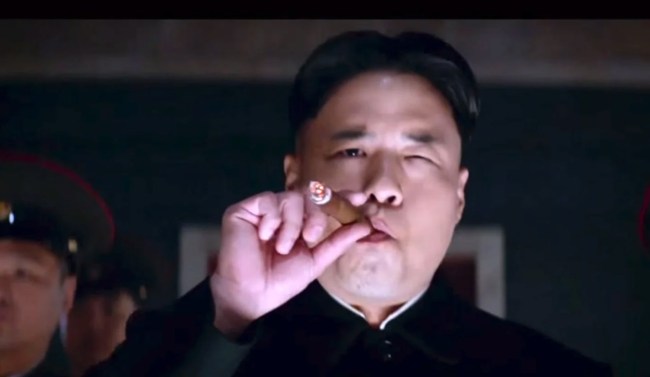 They are usually reserved for political figures, but occasionally they will slip into the world of entertainment as well. (Avril Lavigne is actually dead and been replaced by a clone and Taylor Swift is actually an Illuminati clone of a Satanic church leader, don’tcha know?)

OK BUT SERIOUSLY. LOOK AT HOW DISTINCT THIS WOMANS CHIN IS. MELANIA’S CHIN IS MUCH WIDER. THIS WOMAN LOOKS LIKE MY ELEMTARY SCHOOL PRINCIPAL NOT MELANIA #FakeMelania pic.twitter.com/lMBZwsiJRE

“I’ve wondered how long he could have endured after cardiovascular surgery. I’ve been informed that Kim died last weekend,” said North Korean defector and current South Korean lawmaker Ji Seong-ho. “It is not 100 percent certain, but I can say the possibility is 99 percent. North Korea is believed to be grappling with a complicated succession issue.”

To prove him and everyone else who thought he was dead, Kim reappeared over the weekend at a new fertilizer factory near Pyongyang looking as spry as ever, conspiracy theorists were quick to jump on the mystery of where he had been for a couple of weeks. He supposedly had just been at his luxurious compound in Wonsan with his 2,000 woman “pleasure squad.”

Not that Kim Jong Un truthers were buying it.

The chipped incisor is a definite giveaway it’s not Kim Jong Un.

So why a body double? If he’s dead why not just announce it and crown his successor? https://t.co/AVUz7Kl9CS

His nose seems a little bit more rounded, his hairline looks wider, and he used to have WAY more wrinkles around the eyes when he smiled. The hairline may just be receding or a fresh new haircut, but the smoother eyes and slightly different nose have me questioning things

Being Kim Jong Un body double is the the most Honorable and best paid job in North Korea. https://t.co/LYAHWPJhoH

We really believing that’s Kim Jong Un when it could absolutely be a dude w plastic surgery?? If I was a murderous dictator I’d have clones.

People are saying that kim jong un who has appeared is a body double or clone.
By looking at these photos, I now too have serious doubts 😸#kimjongun pic.twitter.com/cqoeESuCkq

Look at these two images and note the teeth! The first one is Kim Jong Un a few weeks ago (the real one?), the second is KJU today as shown by RT. Note the gap in the teeth of the second image. A body double? pic.twitter.com/822ujeEOUZ

Mr Trump I am a forensic investigator and after reviewing extensive footage of this imposter I can guarantee this is not Kim Jong Un. This is his body double! He's used him before years ago. Would be happy to share my findings with you..

Was the "Kim Jong Un" who cut the ribbon at that fertilizer plant a body double or nah? https://t.co/QZvX2v5p08

Me: conspiracy theorists are the worst.

Looks like his sister Kim Yo Jong is going to have to wait a little while longer before she can go full Game of Thrones.