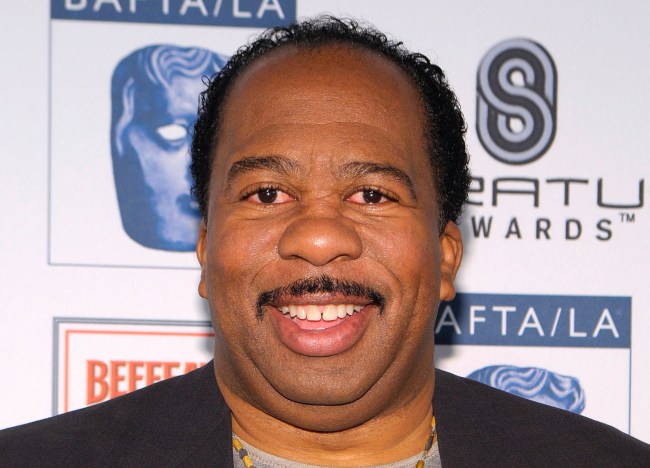 For those of you who don’t believe racism is still alive in the world… here’s the proof. Our goal has simply been to entertain and give the fans a quality series. These rants are evidence that there is still a great deal of work that needs to be done here in America regarding racism. Bigotry and hate will not be allowed to irradicate art or Black people. Enough said.

Leslie David Baker outed Instagram user “Fuhrer Jeremy” for being a racist. If there were any doubts after reading that handle, Stanley cleared them up for us real quick. What a tirade. What a pathetic loser. Jeremy, I hope you’re reading this (you’re not)—you gotta find a way to be happy dude. Take a walk, adopt a pet, find weed… whatever you’re doing isn’t working.

Which is why it’s CRAZY to think that Jeremy might be a fan of the show. He may not be, and he may just be angry that Stanley is creating a spinoff/succeeding as a black man in America. But let’s imagine that there’s a guy out there—Jeremy—who watched The Office like the rest of us. Laughs his head off at Jim’s pranks, giggles like a baby whenever Michael mispronounces a word, but stands up and SCREAMS in rage whenever Stanley leaves work early. Hates him so much that he had to write a 500-word DM to the guy when he announced his new show.

Yes, it’s disgusting. Yes, it’s horrifying. But you know what? There’s a silver lining here. Because this means that every time a black actor succeeds, Jeremy loses his mind. As Dave Chappelle would say, this man has a brittle spirit. He has the thinnest skin on earth. He is a walking temper tantrum; a petulant child set off by the slightest sign of black progress. WHERE DID HE GO during Obama’s presidency? That’s EIGHT YEARS of being the angriest person on the planet. Eight years of waking up every single day, gripping your bedsheets until your knuckles are white, having your dentist tell you you desperately need a nightguard because you’re grinding your teeth to the gums.

Thinking about how upset this dude is ALL the time brings a smile to my face. Sure, I’d rather that he were dead. But there’s something uplifting in knowing that every time Jeremy reads some Variety article about a black actor being cast in a show or a movie, he has a complete and utter meltdown.

Last thing: I have NO problem with celebrities outing every single person who writes some racist/horrible thing to them. Myles Garrett did this just a few days ago, and within seconds, his mentions were filled with internet sleuths finding out who the guy was. They found out where he works, who his mom is, etc. The same type of people who broke the “Don’t F*** With Cats” case can use their skills to bring down racist dickheads, and that’s the new Darwinism.