Lindsay Lohan Keeps Tweeting About Wanting To Star In The Batgirl Movie, Reactions Are… Not Great 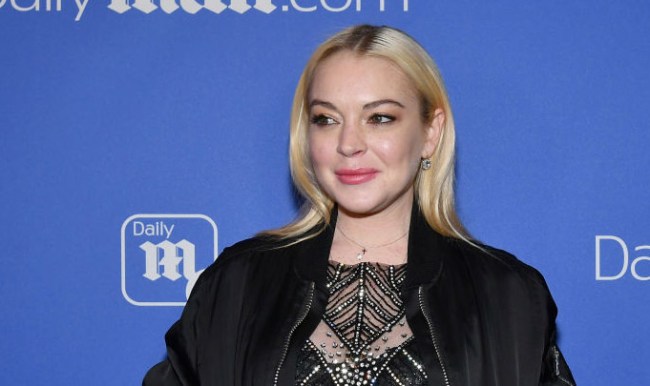 Remember way back in February 2017 when for at least a brief moment in time Lindsay Lohan was under the delusion that Disney might actually cast her in the lead role of Ariel for a live-action Little Mermaid film? Yeah, well, she’s at it again.

This time, however, Lohan isn’t lobbying for a Disney role, but it is still a character that we’ve seen in cartoons: Batgirl.

As you may recall, the DC Extended Universe got a little revision at Comic Con Experience in Sao Paulo, Brazil when they announced their plans for Aquaman, Wonder Woman 2, Flashpoint, Suicide Squad 2, Shazam, Batgirl, Green Lantern Corps, The Batman and Justice League Dark.

(The Rock’s Black Adam movie, Margot Robbie’s Harley Quinn movie, Gotham City Sirens, and the previously announced Cyborg, Justice League 2, Deathstroke, or rumored Deadshot, Nightwing, Joker and Joker & Harley Quinn movies were nowhere to be found. Robbie’s movies are going to get made if I was a betting man. And I am.)

As you can see from the list above, Batgirl was one of the films still on the docket for DC and Joss Whedon, who came in late to direct on Justice League, is supposed to start working on the movie in 2018.

“RT if I should star in the new BATGIRL movie and everyone tell @joss 😘❤️,” wrote Lohan.

Reactions by people on Twitter were, uh, mixed, to say the least.

Undeterred, Lohan once again threw her hat into the ring on Sunday with another tweet…

Again, the reactions were probably not what LiLo was hoping for, I’m sure.

I have a better shot at being bat girl and the little mermaid before her.

Perhaps she should just stick to things like designing her own island and naming more night clubs after herself. You know, stick to her strengths and all that.