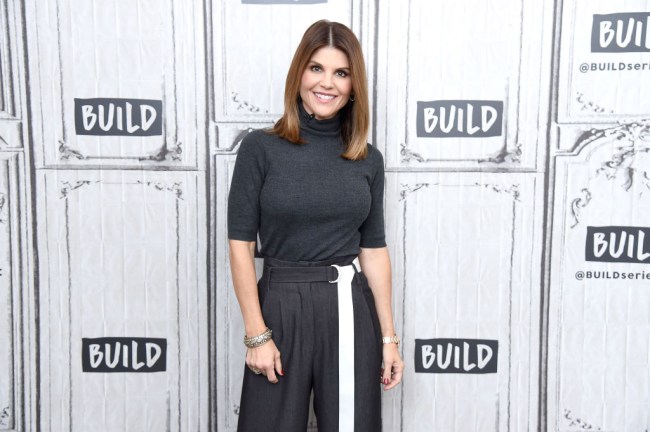 Lori Loughlin faces up to 45 years in prison for her involvement in the college admissions bribery scandal. While the Full House actress is likely to not receive the maximum penalty, Loughlin is reportedly preparing to serve some time in federal prison for allegedly paying off people to get her daughters into USC by hiring a prison coach.

Loughlin and her husband Mossimo Giannulli were two of at least 53 people caught in Operation Varsity Blues and charged by United States federal prosecutors for paying William “Rick” Singer’s Key Worldwide Foundation to get their children into colleges that they did not get accepted via merit.

Loughlin and Giannulli allegedly paid $500,000 to Singer to get their daughters Olivia Jade and Bella into the University of Southern California. The couple were charged with conspiracy to commit mail fraud and honest services mail fraud, and both pleaded not guilty last April.

The 55-year-old actress hired a prison expert according to a report by Radar Online. A source allegedly told the celebrity gossip site that Loughlin’s prison coach is teaching her jail lingo and martial arts so she can survive her likely looming prison sentence.

“She’s knuckling down, learning the lingo and practicing martial arts to give off the impression she’s tough and to ward off potential bullies,” the source stated, adding that Lori “knows there will be plenty of them in federal prison.”

“Besides the physical training she’s getting lots of advice from prison professors on how to earn one’s keep behind bars,” the source claimed. “It’s a sure sign she knows deep down she’s facing an inevitable stretch and will need to be prepared.”

Imagine Aunt Becky in her swanky Bel Air mansion learning to make a shiv out of a toothbrush and practicing how to make the best prison wine?

In April, the Boston Herald reported that a prison coach was hired by one parent in the college bribery scandal and several other parents involved with the scam were considering hiring a prison coach, possibly Aunt Becky. Justin Paperny, who is a former stockbroker turned felon, is the founder of White Collar Advice, a consulting company that gives lessons on how to survive prison.

“They’re scared and it’s ‘Can I survive in prison? Am I cut out for prison?’” Paperny told the publication. “What’s most surprising to me about the first conversation is how many of them didn’t view their actions as criminal.”

“You are certainly separated and confined, and if you’re living in the worst apartment in the worst city in America, I’d rather be there than the inside of a federal prison, especially in these open environments,” Paperny added. “Imagine walking into a gym. You see 150 bunks with no privacy or separation. That’s where you’re going to be living for several years, so I want to make that very clear. There’s very little about it that is a country club other than perhaps a tennis court or two.”

RELATED: Former Federal Prosecutor Says There Is Evidence That Could Lead To Charges Against Lori Loughlin’s Daughters

Fellow actress Felicity Huffman pleaded guilty to one count of conspiracy to commit mail fraud and honest services mail fraud in April, and was sentenced to 14 days in jail. Prosecutors may want to make an example out of Loughlin because she fought the charges and is extremely popular from her role as Aunt Becky in Full House and Fuller House.

Good Morning America legal analyst Dan Abrams gave a prediction on how long Loughlin and Giannulli could go to jail.

“These cases are very similar. It’s almost the same amount of money. It’s two kids. It’s faking the profiles, etc. Now this was a guilty plea,” Abrams said. “This was someone who’s accepted responsibility for it, and is still getting six months. So you’ve got to believe if [Loughlin] were to take it to trial, with the additional charge that’s been thrown on her, if she was convicted, she’d be looking at a few years. I wouldn’t be surprised if she got 2 to 3 years if she’s convicted.”

RELATED: Executive Sentenced To 4 Months In Prison For Paying $250,000 To Get His Son Into USC, That’s Bad News For Lori Loughlin