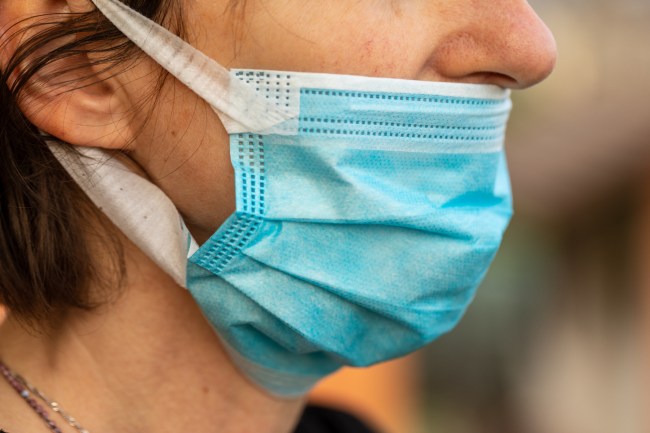 It’s pretty incredible how six months ago, if you weren’t wearing a mask in a public establishment, you were essentially demonstrating your allegiance to Satan. Now, if you’re wearing a mask indoors in many parts of the country, you’re the kid who wears the t-shirt in the pool. Don’t blink.

Iowa in November was a bad place to be. The state exceeded 100,000 new coronavirus cases in November alone, after it took Iowa from the start of the pandemic until October to record its first 100,000.

Des Moines native Shane Michael did everything within his power to help break that record, after the 42-year-old descended into a rampage at the Vision 4 Less eyewear store in Des Moines after a customer named Mark Dinning asked him to pull his mask up over his nose.

According to the Iowa Capital Dispatch, the two men exchanged escalating words before leaving the store and walking out to the parking lot.

According to Dinning, Michael followed him outside and began assaulting him. He said that when the two fell to the ground, Michael jabbed him in the eye and so he responded by biting Michael’s arm. He said Michael kneed him in the groin several times and — in an apparent reference to COVID-19 — lowered his mask, spit on him, coughed on him and yelled, “If I have it, you have it!”

Shane Wayne Michael, who pulled down his COVID-19 mask and spat on Mark Dinning's face, sentenced to 10 YEARS in prison. https://t.co/XwnxSc6iP5

In retrospect, pretty funny. Well for everyone except Shane Michael, who was not only arrested and charged with assault causing bodily injury, but rejected a plea deal that would have resulted in just two years probation.

Moral of the story: never trust a man with two first names.