Man Spends Over A Year In Jail, Charges Get Dismissed, County Sends Him A Bill For $4,000 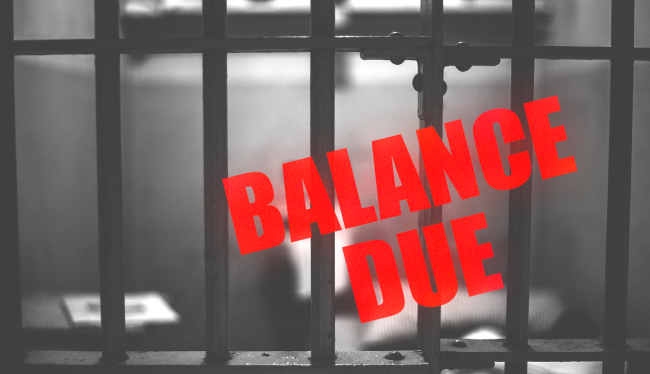 David Jones got more than one surprise when he was released from jail after 14 months when the charges against him were dismissed. He also got a bill for $4,000 for the more than year he spent in the slammer.

Crazy, right? Actually, the crazy part of this story is that the jail had every right to send him the bill for $4,000 according to the law in the state of Kentucky.

According to the law in the state of Kentucky, the Clark County Detention Center was allowed to bill inmates like Jones for their stay regardless of whether or not they are ever charged actually with a crime.

Fox 56 News reports Jones’ attorney, Gregory Belzley, is arguing that the $4,000 bill violates his client’s constitutional rights because he was not found guilty of a crime. He wants the entire bill to be dismissed.

“You recognize the distinction in this case raised by the fundamental principle of the presumption of innocence,” said Belzley. “Defendants argue to you that this is punitive. This is punitive because he’s innocent.”

Clark County attorney Jeffrey Mando countered by saying the jail doesn’t plan to collect or pursue what is left of the bill.

Perhaps the jail itself didn’t violate any laws, but there is this thing called “civil forfeiture” where law enforcement can make life uncomfortable for someone by seizing their assets without actually charging them with a crime. It also helps entice false confessions and plea deals in cases where prosecutors don’t have enough evidence to convict someone. They also often can still keep the property, even if the charges are dropped.

While not illegal, except in very few cases, in the case of David Jones, the Kentucky Supreme Court will now decide if it is legal in that state.