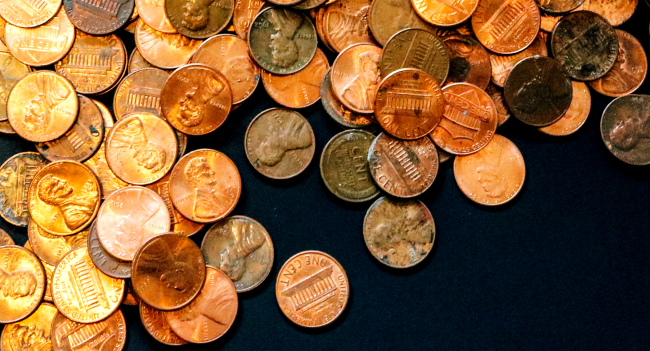 While places like Baltimore and Oregon have all but given criminals the green light to commit all sorts of offenses, the state of Pennsylvania is putting people behind bars and charging them with felonies for “stealing” pennies’ worth of soda.

Joseph Sobolewski, 38, of Duncannon, Pennsylvania, was arrested and charged with a felony when he underpaid an Exxon station for a bottle of Mountain Dew by 43 cents. He is being held on $50,000 bond.

At the time of the “theft,” the store was holding a promotion, offering two 20 ounce bottles of Mountain Dew for $3.

Related: Thieves Walk Out Of Store With Carts Full Of Stolen Goods In Shocking TikTok Video

Sobolewski, who is homeless, saw a sign for the promotion, went inside the convenience store, grabbed a Mountain Dew and, believing the bottle of pop cost $1.50, threw $2 down on the counter to cover the cost of the soft drink.

Problem is, the cost of the Mountain Dew was actually $2.43 with tax because the promotion only applied if a customer purchased two bottles, not one.

When Sobolewski left the store the cashier says she approached him about the 43 cents he still owed for the Mountain Dew, but allegedly he replied that he had paid in full for the soda and drove off.

After receiving a call from the store about the incident, Pennsylvania State Police arrested him and charged him with a felony and now faces up to seven years in prison because of the state’s “three strikes” law.

According to PennLive.com, “Sobolewski’s first theft conviction occurred more than 10 years ago and involved a tank of gasoline. He drove off without paying. In December 2011, he was arrested for stealing a pair of shoes from a K-Mart in Cumberland County that cost $39.99.”

“For me, I would get the deterrent factor if someone’s thefts were getting worse or higher in value,” said Brandon Flood, director of the state’s Board of Parole. “But the lack of discretion is what bothers me. It’s problematic because it doesn’t factor in the amount.”

Under Pennsylvania law, a first charge of retail theft where the value of the items stolen is less than $150 is graded as a summary offense, the same as a speeding ticket.

A second offense is a misdemeanor.

Criminalizing a matter that may have been a misunderstanding over 43 cents is a waste of taxpayers’ money, which must be used to house and process those defendants, Flood said.

“There are smarter ways to handle things,” he said.

Newsweek reports that Magisterial District Judge Jacqueline Leister said she couldn’t remember exactly why she set Sobolewski’s cash bond at $50,000, but did mention he owed child support and $1,500 in fines from a previous marijuana arrest as possible reasons for the high amount.

Sobolewski, who was released after his bond was changed to “unsecured” by a different judge, is scheduled to appear in court in November.