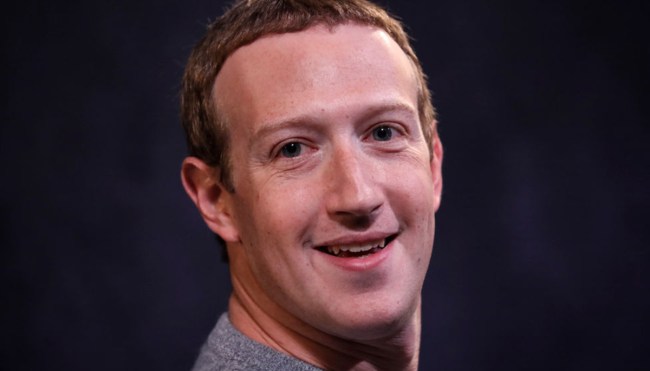 Last year, Mark Zuckerberg announced Facebook would be undergoing the biggest rebranding campaign since “The” was dropped from the company’s moniker after revealing the social media behemoth had officially changed its name to “Meta.”

That decision came a couple of months after we got our first look at Zuck’s vision for the “metaverse,”  a glimpse at the supposedly inevitable future where a sizeable chunk of human interaction will be facilitated by virtual reality headsets that allow you to interact with cartoonish avatars with a noticeable absence of legs.

If you’re skeptical that will end up being the case, you’re certainly not alone, but that hasn’t stopped Meta from continuing to push forward in its mission to get people to see the light.

On Monday, Meta took another step in that quest when it officially opened its first brick-and-mortar store; located on the company’s Burlingame campus outside of San Francisco, the outpost is primarily dedicated to offering demos of its tech to members of the public.

Zuckerberg stopped by the store a couple of weeks before its grand opening and posted about his visit after snapping some pictures with its employees—including one that has taken the internet by storm courtesy of some good, old-fashioned misinformation.

Over the years, we’ve been treated to plenty of stories concerning Zuckerberg’s, um, interesting personality and a number of fairly eccentric quirks that have resulted in people jokingly speculating the tech billionaire is actually a robot, alien, or lizard person as opposed to the Totally Normal Human he portrays himself as.

As a result, it’s pretty easy to understand why a Twitter user was able to dupe the internet with an altered version of a picture Zuck snapped with employees in the Meta store, as a Photoshopped version that replaced their smiles with disturbingly stoic expressions went viral after it was posted last week.

You cannot convince me they aren’t aliens pic.twitter.com/s4lWQB4EKT

The picture may be fake, but it did manage to produce some genuinely amusing reactions.

Look like oblivion npcs lol.
"Have you heard of the high elves?"
"I saw a mudcrab the other day, terrible creatures!" https://t.co/TfknLQ3KsP

this is what i picture the witches looking like in that roald dahl book https://t.co/oe97Atv8lW