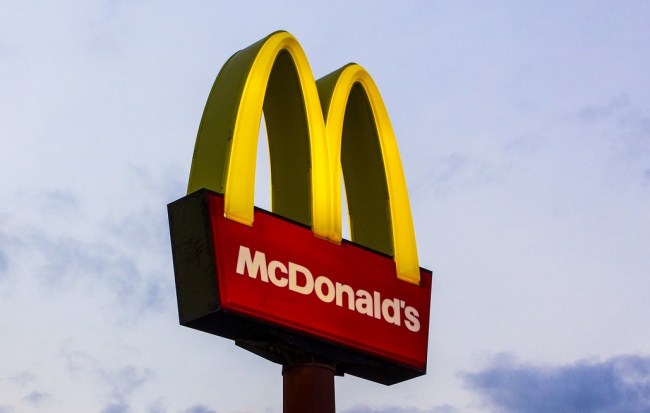 For millennia, humans have attempted to use words to describe what it’s like to love, whether we’re talking about the sonnets of Shakespeare, the works of Gabriel Garcia Márquez, or the Aerosmith song from Armageddon.

However, attempting to put the feeling into words can be quite the feat, and try as I may, I’ve never been able to find a way to truly convey how I feel about the one thing in life I love more than anything else: McDonald’s breakfast.

This might not go over super well with my fianceé but McDonald’s breakfast has been there for me all of my life and I’ve always been able to rely on in it during the mornings when I need the ultimate hangover cure.

Getting engaged may have been the happiest moment of my life but the day McDonald’s announced they’d start serving breakfast all day is easily a close second, as I no longer had to worry about getting Falling Downed because I woke up too late to snag a hash brown.

McDonald’s breakfast is basically the pinnacle of perfection as far as fast food meals go, and while there’s no reason to fix something if it isn’t broken, the chain has decided to make a change that might somehow manage to take it to a new level (both figuratively and literally) that I didn’t know could exist.

According to Business Insider, Mickey D’s will soon be unleashing what has been dubbed the “Triple Breakfast Stack” upon the world, which is basically the Double Stuffed Oreo of sandwiches.

The sandwich will feature two sausage patties and some strips of bacon topped with two pieces of cheese between your carb of choice.

I’m personally a biscuit guy, but as BroBible’s resident Junk Food Reviewer, I’ll be sure to try all of them once they hit stores in November.

My arteries are ready.