Incredible Photo From McGregor Vs. Khabib Fight Has Been Turning Into A Giant Mural 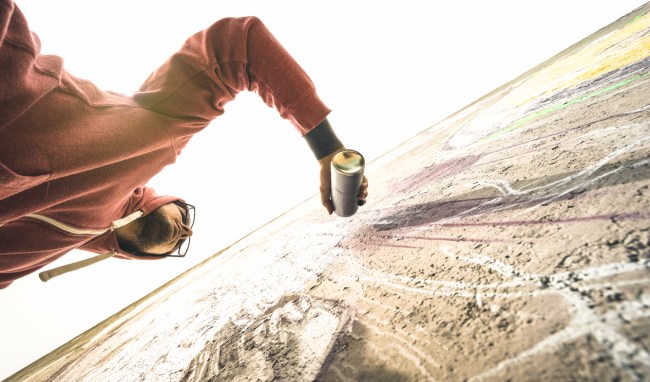 If there’s a lasting image from Saturday night’s UFC 229 match between Conor McGregor and Khabib Nurmagomedov, it may be Khabib descending from the ring with his knees to his chest preparing to double kick Conor McGregor’s teammate Dillon Danis for allegedly calling him a “Fucking Muslim Rat.” Cold-blooded.

But, if we were to pick one photo from the fight that says 1,000 words, it would be the poetic still shot of Khabib delivering a flush left hand square in the face of McGregor.

The photo tells the story of a fight that was dominated by an undefeated fighter who had never officially lost a round in his entire career until surrendering one to McGregor on Saturday (although there’s a legion of people who believe he lost at least one of three rounds to Gleison Tibau.)

The picture has since been turned into a mural by Lush, a provocative artist from Melbourne who is known for his public works on the streets, walls and subway trains. He evidently is not a big McGregor fan.

McGregor is getting raked over the coals for his “losing the battle, but winning the war,” post-fight social media post.