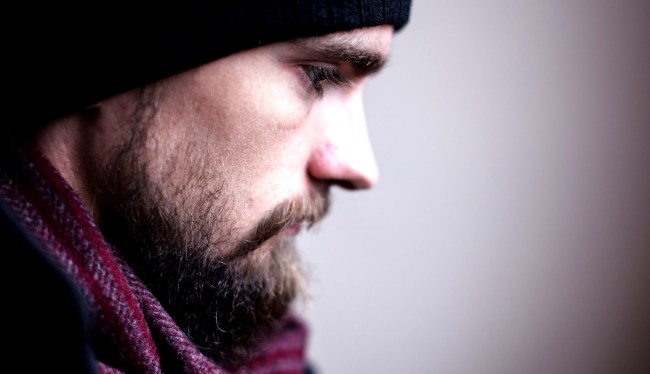 Because as we have proven time and time again, the human race has its priorities very much in order when it comes to time and money, researchers recently conducted a very necessary study to determine whether evaluating humans and dogs in the same MRI machine is hygienic.

Man, if I had a dime for every time a dog was using the MRI machine before me I’d be a gazillionaire.

This study, conducted by the Hirslanden Clinic in Switzerland, compared the bacteria in specimens taken from 18 men and 30 dogs. Researchers also compared the extent of bacterial contamination of an MRI scanner shared by dogs and humans with two other MRI scanners used exclusively by humans.

Every single bearded man, aged from 18 to 76, had high counts of bacteria in their beards. While only 23 out of the 30 dogs had the same result. The other dogs tested recorded medium to low levels.

Seven of the men had so much beard bacteria, there was a risk of them getting sick.

So men’s beards are filthier than a dog’s fur, huh? Not like New York City ATM machines bad, but still…

Professor Andreas Gutzeit, the author of the study said, “The researchers found a significantly higher bacterial load in specimens taken from the men’s beards compared with the dogs’ fur. On the basis of these findings, dogs can be considered as clean, compared with bearded men.”

Sounds pretty conclusive to me.

Oh yeah, they also discovered that dogs are no risk to humans if they use the same MRI machine. Phew! Bullet dodged.