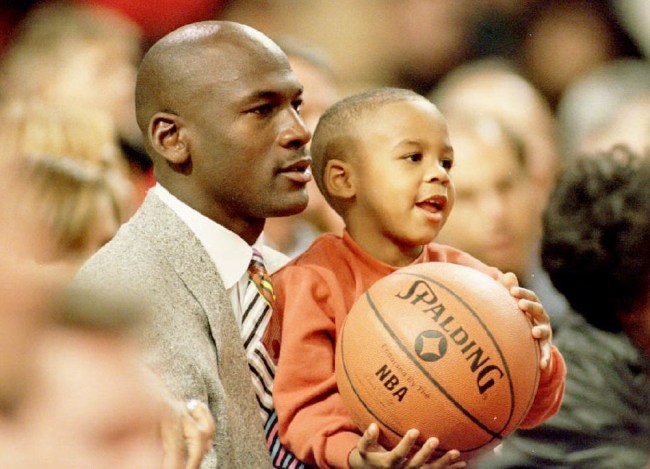 Before the premiere of The Last Dance, Michael Jordan explained that the 10-part series will show an intense side of him.

Well, Jordan hasn’t come off looking horrible, but he does come off as fiercely competitive, an occasional showoff, and once wouldn’t allow a teammate to eat for playing so poorly.

Was Jordan this intense at home? His kids make it sound that way.

Three of Jordan’s kids visited The Breakfast Club radio show this past Wednesday.

Brothers Marcus and Jeffrey spoke about their father’s competitiveness on the court and his parenting style. The brothers explained that, for the most part, Jordan was able to turn his competitiveness off around the family.

“He definitely could turn that off and be dad,” Jeffrey said. “Take us to school, you know, make sure we got our work done and everything we needed to do. But when it was on, it was on. It was a competition.”

Except for that one time a friendly game of indoor football landed Jeffrey in the hospital thanks to Michael getting a little carried away.

“And so there was this one time where we were playing in their room and they had these round like end tables at the end of their bed.

And so Jeff was going for a touchdown — and I’ll never forget it — my dad tackled Jeff into the glass table.”

Jeffrey crashed head-first into a glass table and a head injury that required “about 30 stitches.”

Here’s where things get a little stomach-turning.

“I thought he was dead,” Marcus said of his older brother. “I mean, you could literally see the meat and skull. Me and Jasmine were terrified, we were crying.”

If you enjoyed this story, you’d probably like to read these other stories of Jordan being a ruthless competitor on the court.