Where Does Hard Seltzer Go From Here? Michelob Ultra’s New Offering Might Be A Peek At The Future 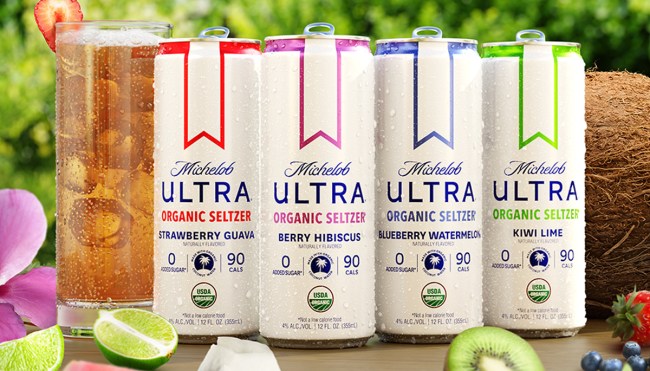 White Claw wasn’t exactly an overnight success when it first hit shelves in 2016, but three years later, that all changed when it became an almost overnight sensation on the back of the memes responsible for making hard seltzer The Unofficial Drink of 2019.

By the time the Summer of White Claw came to an end, it was very clear drinkers had a fever for fizzy and fruity malt beverages, and it didn’t take long for the industry that supplies them to determine the only prescription was… more hard seltzer.

I remembered being slightly overwhelmed when I sat down to review a dozen different offerings in the fall of that year, which is kind of adorable in hindsight. It didn’t take long for brands to start multiplying like Mogwai at a waterpark, and in time, keeping up with all the newcomers felt akin to being the hero in an action movie who lets out an exasperated “Where the hell are they all coming from?” after being confronted by yet another wave in a seemingly endless stream of bad guys.

By now, it seems like we’ve reached a point where there’s really nowhere else for hard seltzer to go.

At the start, it was easy for a company to differentiate itself by attempting to undercut the competition’s calorie count, introducing a unique flavor, or engaging in the ABV arms race that Four Loko eventually brought to an end.

However, an increasingly saturated market has made it increasingly difficult for those brands to set themselves apart, and the space has arguably evolved to a point where it’s begun to devolve as companies continue to milk hard seltzer for all its worth.

There is perhaps no single product that sums up the current state of the space than what was dubbed “Bud Light Seltzer Hard Soda,” which is not a hard soda but rather a hard seltzer named after a beer that is designed to taste like a hard soda.

If you’re lost, it’s probably because the line has become blurred to a point where it’s virtually unrecognizable, which can make it hard to envision what the future of hard seltzer may look like.

However, Michelob Ultra might be able to help clear things up. 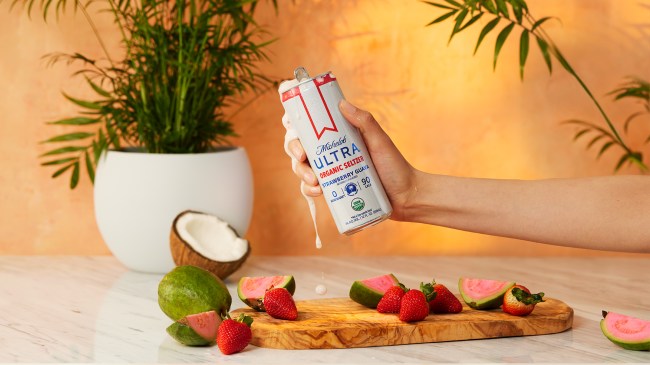 Last month, Michelob Ultra was kind enough to offer me the chance to be one of the first people to try what has been dubbed the “Essential Collection,” a line of hard seltzers that primarily sets itself apart from the rest of the pack thanks to the addition of the coconut water and fruit juice used for the creation of all four flavors.

The hard seltzer fatigue I feel most of us are dealing with by now means my scale for evaluating their merits has largely become a binary one: there are those I would happily drink if offered one and those that you couldn’t pay me to consume.

Michelob Ultra’s thankfully falls in the former, and while it’s hard to go wrong with any of the varieties, Strawberry Guava and Berry Hibiscus were definitely the standouts and more than delivered on what’s advertised (Blueberry Watermelon and Kiwi Lime both managed to hold their own, but just didn’t hit my taste buds with the same punch). It’s also worth noting the coconut water doesn’t really factor into the equation when it comes to flavor, but you can detect the role it plays when it comes to elevating the mouthfeel.

I would certainly not describe myself as a “Watching My Figure” Drinker, but the fact that each can only contains 90 calories certainly doesn’t hurt (there is a bit of a tradeoff, though, as the 4% ABV puts it on the soft end of the Hard Seltzer Mohs Scale).

However, if you’re more concerned about actually enjoying the thing you’re drinking as opposed to getting drunk, you could certainly do much, much worse (and if you are focused on that second aspect, I can personally attest to the merits of pouring them over ice in a glass containing a shot of your spirit of choice, as they serve as a pretty solid mixer for almost any liquor).

More than anything, Michelob Ultra’s hard seltzer is the perfect case study when it comes to predicting what the future has in store for hard seltzer—and it also begs the question: when does hard seltzer stop being hard seltzer?

The addition of juice and coconut water is certainly a welcome one, and from a flavor standpoint, the results speak for themselves. However, you have to wonder how many deviations a drink can take from the hard seltzer before it stops being one.

Brands are obviously still attempting to capitalize on the “hard seltzer” label, but at what point does that no longer appeal to the crowd that flocked to the space thanks to the likes of White Claw? Sure, there’s not really a firm set of rules hard seltzer producers have to abide by, but could we be in store for a new category as they inch closer to achieving the form of canned cocktails and other similar offerings in competing categories?

Last year, news concerning some lukewarm sales reports implied the hard seltzer bubble may have already burst, and while it’s pretty clear that drinks marketed as “hard seltzer” aren’t going anywhere any time soon, don’t be surprised if a new moniker emerges in the near future.