Mike Tyson Tells Amazing Story About How His Ex-Wife Finding Condoms In His Pocket Led To Him Giving Away $180,000 Rolls Royce 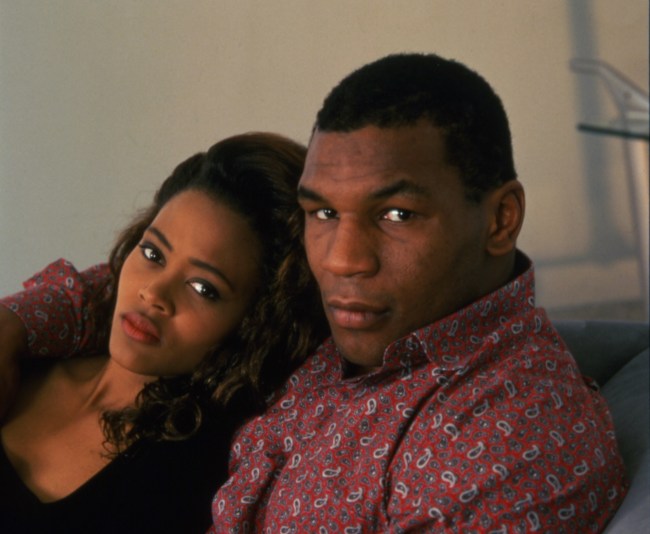 If you haven’t tuned into Mike Tyson’s segment on The Joe Rogan Podcast, it’s a fascinating listen. Tyson shares some crazy stories–like how he came to own pet tigers, doing acid and cocaine as an 11-year-old, his love for marijuana, etc. But the main takeaway is Tyson’s demeanor. He is a man completely void of ego. He’s self-reflective, curious, and empathetic. Tyson looks back on his status of being the baddest man on the planet as if it’s a completely different person, and is totally at ease with it.

One story that I got a kick out of Tyson explaining how he willingly gave away one of his seven Rolls Royce’s to a stranger.

Tyson recalls how back in 1988 (when he was the heavyweight champion of the world), he was at a fast food restaurant in lower Manhattan with his then wife, Robin Givens. Givens reached into Tyson’s pocket to get money to pay for the meals, and some condoms fell out, which sent her into a fit of rage. As Tyson tells it, Givens then intentionally crashed his $180,000 silver Bentley convertible into a parked car and broke the passenger’s arm. Tyson would then reach into his pocket and pay the man cash for his troubles.

Eventually two Port Authority cops came, and in an attempt to avoid an arrest, as neither Tyson nor Givens had a license, Tyson urged the officers to just take the car.

‘I’ve had nothing but bad luck and accidents with this car,” the New York Times reported at the time.

The officers first refused, but after Tyson insisted, they brought the car to a private garage in Jersey City, which violated regulations concerning the acceptance of gratuities. Tyson said the officer ended up getting canned.

Don King reportedly bought a white Rolls-Royce Corniche for him the day after the accident.

This isn’t the first time Tyson gave away a six-figure car like it was loose change. This story is a riot.