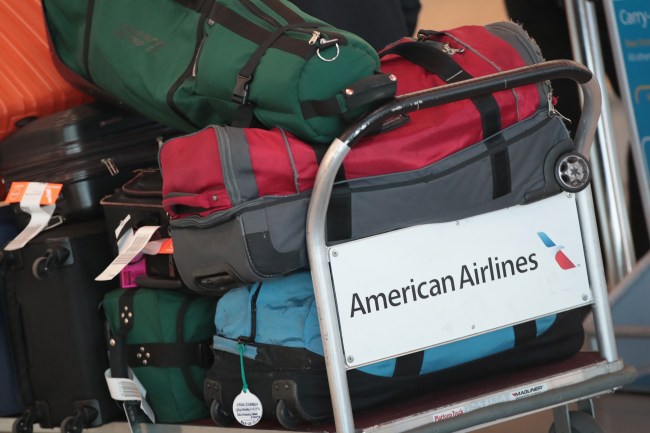 One of the shittiest parts of traveling–besides the airplane bathrooms, the stale plane air, the shitty food, the lack of leg room, crying babies, airplane mode, and general miscellaneous discomfort–are the baggage fees airlines tack on for clothes most of us have had since JNCOs were hip.

I flew Norwegian Airlines earlier this year and they charged me and my lady each $100 PER BAG, only to misplace one of them in Sweden. I almost started crying.

No one likes to spend a few hundred on a ticket only to get drilled with a baggage fee, but these fees are big business for airlines, with American Airlines ($30 per bag) raking in an industry-leading $1.2 billion in revenue last year, according to Daily Republic. Airlines brought in $4.9 billion in baggage fees overall in 2018, with Southwest Airlines, the carrier that claims “bags fly free,” collected $50 million from charging passengers for extra luggage beyond the two free bags allotted to each passenger.

2018 marked the most lucrative year for airline baggage fees since airlines started charging for bags over 10 years ago.

“Airlines like bag fees because they aren’t subject to the same taxes as revenue gained from ticket sales. The fees also don’t show up in online ticket price searches.”

Here is a list of how much each U.S. carrier made in 2018 through baggage fees alone.

Baggage fees are the least of travelers’ troubles, seeing as there is fecal contamination on the headrest and seat pocket. I’ll take the train!