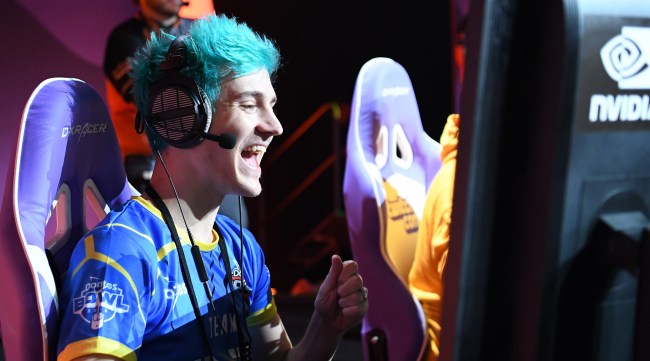 As we’re all very aware, the internet and social media have spawned entirely new industries and careers that did not exist as recently as 30 years ago.

As a result, the money involved in some of these new industries has grown to almost unfathomable levels.

One of those new industries where the money is flowing like the salmon of capistrano is live-streaming of new video games online, according to a new Wall Street Journal report.

According to the report, companies like Electronic Arts, Activision Blizzard, Ubisoft, and Take-Two pay as much as $50,000 an hour for top celebrity gamers to conduct real-time broadcasts, or live streams of their new video games.

Kotaku, following up on the WSJ story, spoke to sources within the video game industry who confirmed the report, and even said $50,000 an hour wasn’t the highest payment they had seen for a video game live-stream.

“We’ve seen offers well over $50K an hour, as well as many six- and seven-figure deals for longer-term engagements,” said Omeed Dariani, CEO of the Online Performers Group, which represents top streamers like Cohh Carnage and Professor Broman. “I can’t share specific companies, as the payment terms are usually confidential. We had one offer from a AAA publisher that was $60K per hour for two hours. The broadcaster declined it—and the publisher came back with a ‘blank check’ offer, which was still declined.”

The Wall Street Journal reports people spent 8.9 billion hours watching video game content on Twitch in 2018. Which is why it was reported that Electronic Arts paid one million dollars to popular Fortnite streamer Tyler “Ninja” Blevins in exchange for him playing and tweeting about their new battle royale game Apex Legends when it launched back in March.

Deals like that are showing no signs of going away anytime soon too, reports the Wall Street Journal.

Take-Two plans to pay streamers to play Borderlands 3 when the comedic shooter game launches Sept. 13. Ubisoft, an early adopter of the live-streaming strategy, plans to use it again for the Oct. 4 release of its special-ops shooter game Tom Clancy’s Ghost Recon Breakpoint.

“Having celebrity streamers play games is an important part of the business,” Strauss Zelnick, Take-Two’s chief executive, said in an interview. “It is relatively new, but it has to be organic. The streamers have to believe in it.”

Can you believe it?