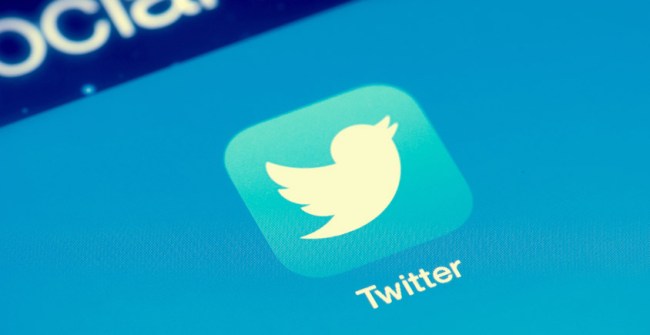 You’ve got your most popular Google Play apps, movies, etc. of 2017.

And now, Twitter has revealed the most retweeted tweets of 2017 giving us yet another peek into what an absolute shitshow 2017 has truly been. (And here most of thought it couldn’t get any worse than 2016.)

Here are the top 10, listed from 10th to first, beginning with someone actually trying to do some good with regard to something very disturbing…

1 person ends their life every 40 seconds

will u take the time to retweet this & possibly save one of them?

Number nine of the list shows Detroit Lions punter Sam Martin trying to help out those in need thanks to Hurricane Harvey.

Leo and I are donating 6 lbs of dog food to Houston for every retweet this gets!!!! RT RT RT RT!! pic.twitter.com/bcTT905knP

Eighth on the list was Barack Obama’s farewell to the nation as his Presidency came to a close.

It's been the honor of my life to serve you. You made me a better leader and a better man.

LeBron James’ hilarious clapback at President Trump for “rescinding” his invitation to the NBA Champion Golden State Warriors was the seventh most retweeted tweet of 2017.

Barack Obama makes the list for a second time, this time for his request that Americans continue to try to affect positive change even after he has left his Office.

Thank you for everything. My last ask is the same as my first. I'm asking you to believe—not in my ability to create change, but in yours.

Number four is Ariana Grande’s tweet following 22 people being senselessly killed by a bomb at her concert in Manchester, England. This was also the second most “liked tweet of 2017.

broken.
from the bottom of my heart, i am so so sorry. i don't have words.

The third most retweeted tweet of 2017 once again was an effort to assist those in and around Houston affected by Hurricane Harvey.

With the current devastation in Houston, we are pledging $0.15 for every RT this gets! Please forward this along to help out those in need! pic.twitter.com/lodyOBE0eG

The second most retweeted tweet of 2017 sees Barack Obama making the list for a third time. This tweet was in response to the violence that took place at the “Unity the Right” rally in Charlottesville, Virginia. It was also 2017’s most “liked” tweet.

"No one is born hating another person because of the color of his skin or his background or his religion…" pic.twitter.com/InZ58zkoAm

Wilkinson also broke the record for most retweeted tweet of all time, but came up short of the 18 million retweets Wendy’s required to get his free nuggets. (They ended up giving them to him anyway.)

HELP ME PLEASE. A MAN NEEDS HIS NUGGS pic.twitter.com/4SrfHmEMo3

One name that was conspicuously missing from the list of most retweeted tweets of 2017? The guy who makes news almost daily on the social media platform, Donald J. Trump.

Oh well, I am sure over the next three years he will keep trying.

We should have a contest as to which of the Networks, plus CNN and not including Fox, is the most dishonest, corrupt and/or distorted in its political coverage of your favorite President (me). They are all bad. Winner to receive the FAKE NEWS TROPHY!