Mother, 53, And Daughter, 23, Allegedly Attacked And Bit Pilot Because They Didn’t Want Carry-On Items Checked In 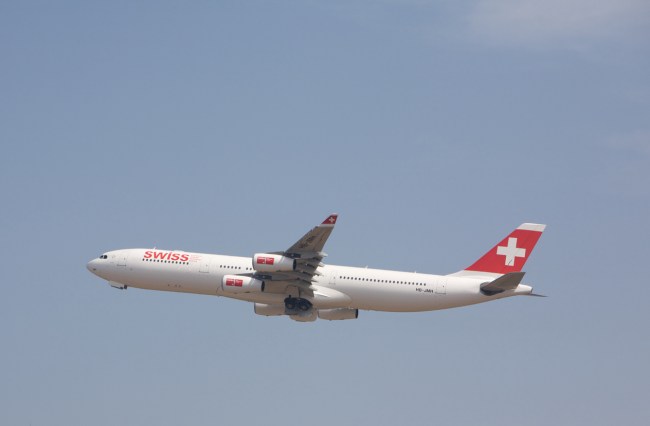 Is there anything worse than walking onto the plane with your carry-on, and then the flight crew tells you that the overhead bins are full and that you will have to check in your luggage. It is enraging, but you don’t have to take my word for it, just ask these flyers.

Henrietta Mitaiare, 23, and her mother, Mary Roberts, 53, were flying from London’s Heathrow Airport to Zurich, Switzerland. The mother, daughter, and a small child were boarding the Swiss Air commercial plane, but the flight crew informed the flyers that there was not any more room in the overhead storage bins and that they would have to check-in their baby stroller. The mother and daughter happily obliged and checked in their baggage. Just kidding, the mother and daughter attacked and bit the pilot.

Mitaiare and Mary Roberts allegedly physically attacked Swiss Air Captain Guido Keel. Mitaiare told the pilot that the situation had “nothing to do with him.” They pushed him to the floor of the cockpit, then scratched, and kicked him. Mitaiare then began biting the pilot on the arm, and her mother bit his finger. Still a tastier meal than the airport food.

Biting the pilot’s fingers is probably not going to get you to your destination any quicker. The mother and daughter were removed from the airplane by police and arrested.

Mitaiare and Roberts were in court on Tuesday for the attack that happened on May 2, 2019. At the Uxbridge Magistrates Court in the UK, both women claimed they did nothing wrong and pleaded not guilty.

Mitaiare told the court that she did not want to put her stroller in the cabin rather than the aircraft’s hold as it was “too expensive” to put her child’s stroller “in the plane’s hold.”

“She grabbed the captain by the hand and pushed him into the cockpit,” said prosecutor Arlene De Silva. “There was a tussle. She ended up on top of the captain. The mother also went into the cockpit and was kicking the captain while he was on the floor, saying, ‘Get off my daughter.'”

“It was like a battlefield, there were shoes on the floor and some buttons,” said co-pilot Friedrich Preiler. “I saw blood on the captain’s neck. I saw that he had scratches. I saw that the pilot’s shirt was full of blood. I saw on the hand that there was more blood.”

Captain Keel suffered scratches to his face and arm and had a bite wound on his upper arm, according to De Silva.